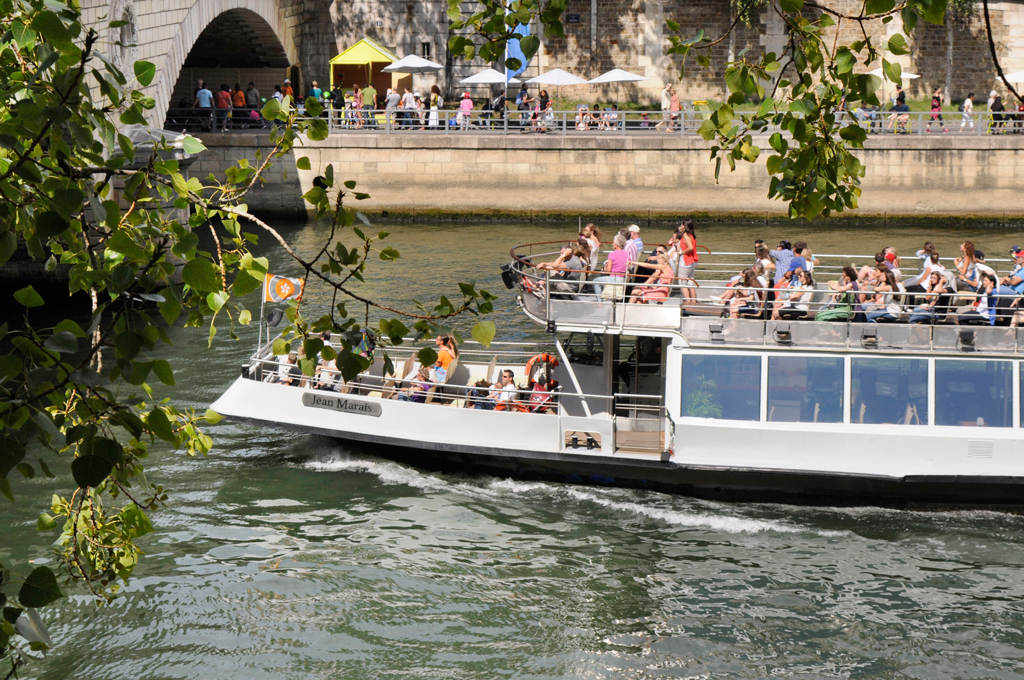 Once upon a time, there were Bateaux Mouches…

Today relegated to tourists (who divide their time between the boats of pont de l’Alma and the launches of Pont Neuf), the Bateaux Mouches were, for decades, a genuine mode of transport. Created for the Exposition Universelle (World’s Fair) of 1867, they proved a resounding success. Benefitting from the installation of the dam at Suresnes that guaranteed a river depth of at least 1.6m, these river-buses quickly became part of Paris life.

In 1886, all the companies merged under the same banner, bringing harmony to what was tending towards anarchy: at the time, 107 boats, with an average speed of 16km/h, travelled 39 km of river, stopping at every one of the 47 pontoons that punctuated the route from Sursenes to Charenton (and back the other way). Whilst the Belle Époque saw eight million Parisians adopt this rather bucolic means of getting from A to Z, the boats were quickly usurped by trams, buses, and above all, the metro: quicker and more efficient all.

The name ‘bateau mouche’, literally ‘fly boat’, has always drawn a smile; yet the explanation is quite simple: the first river buses appeared in Lyon, in 1864, on the banks of the Saône, in a neighbourhood named la Mouche. Yet this in no way prevented the owners of said boats from organising an ingenious publicity stunt in 1953. Deciding to create their own mythical founder, they unearthed a 19th century bust at a flea market and unveiled it with great ceremony. Glory was thus bestowed upon Jean-Sébastien Mouche, an associate of Haussmann, river transport visionary, and zealous collaborator with the Paris police; if they are to be believed, his squad were called ‘les mouchards’ – the snitches!