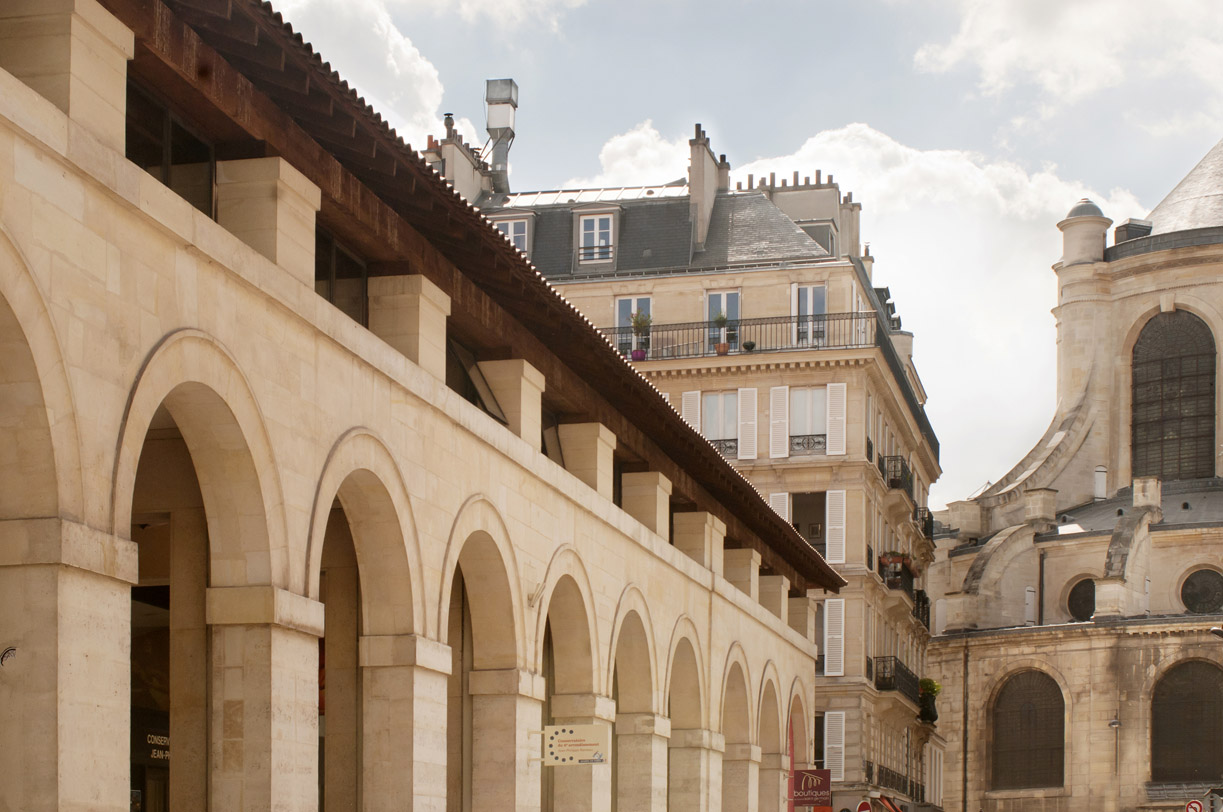 There was a time when Paris lived according to the masses, to their feasts. In order to be seen, and to talk to each other, people had to move. The street was their agora. They ran into each other in offices, in the ubiquitous churches. They met in performance spaces, gossiping during the interval or fighting in the shadows of their boxes. And they met at the fairs… I’m not talking about markets (another meeting place) but to these huge fairs that have marked the rhythms of the city since the Middle Ages.

The most famous of all is the Fair of Saint Germain, founded in the 12th Century, around Easter time (although the date often changed), it took place on the lands of the Abbey of Saint Germain des Prés. It was a very special event for its time, lasting for six weeks, a period that was often extended. In a walled enclosure, the Saint Germain Fair is really the forerunner to the World’s Fairs that flourished in the 19th Century, it even advertised the Paris Fair!

Everything that was anything passed by the St Germain Fair. Anything new, surprising, and eccentric too. People came to exhibit (and to gaze upon) all the new foodstuffs, technologies, and, soon, theatrics. Acrobats and carnivals set up there for weeks on end, competing to be the most novel. It was also a place of licensed debauchery and joyous lechery. There was always something to discover at the Saint Germain Fair; you never felt you were wasting your time. So, as the punters discovered in 1749 when they marvelled at the first rhinoceros to have “landed” in Paris. This was followed by an immediate (and short lived) fashion:  hairstyles and clothing “à la rhinoceros”.

More importantly, it was by treading the boards at the St Germain Fair (and those of the Saint Laurent Fair) that comic-opera was born, a popular and irreverent form of this lyrical art that reaped its rewards from the rich and made for beautiful evenings at their palaces. Here, opera became derisive. It blended elements of theatre, and dared the spoken word (up until this point forbidden), creating a hybrid genre which became Offenbach’s operas buffa and a whole family tree of “progressive” composers and works that followed.

A victim of its own success, and excess, the Saint Germain Fair was sometimes difficult to contain. That’s why it burned down in 1762. Quickly revived, its doors closed permanently in 1786. In its place, between 1813 and 1818, the present-day market of Saint Germain was built, thanks to the architects Londel and Lusson. Although the building is not without its charms, its prim corridors and silent traders seem a far cry from the follies of their forefathers…