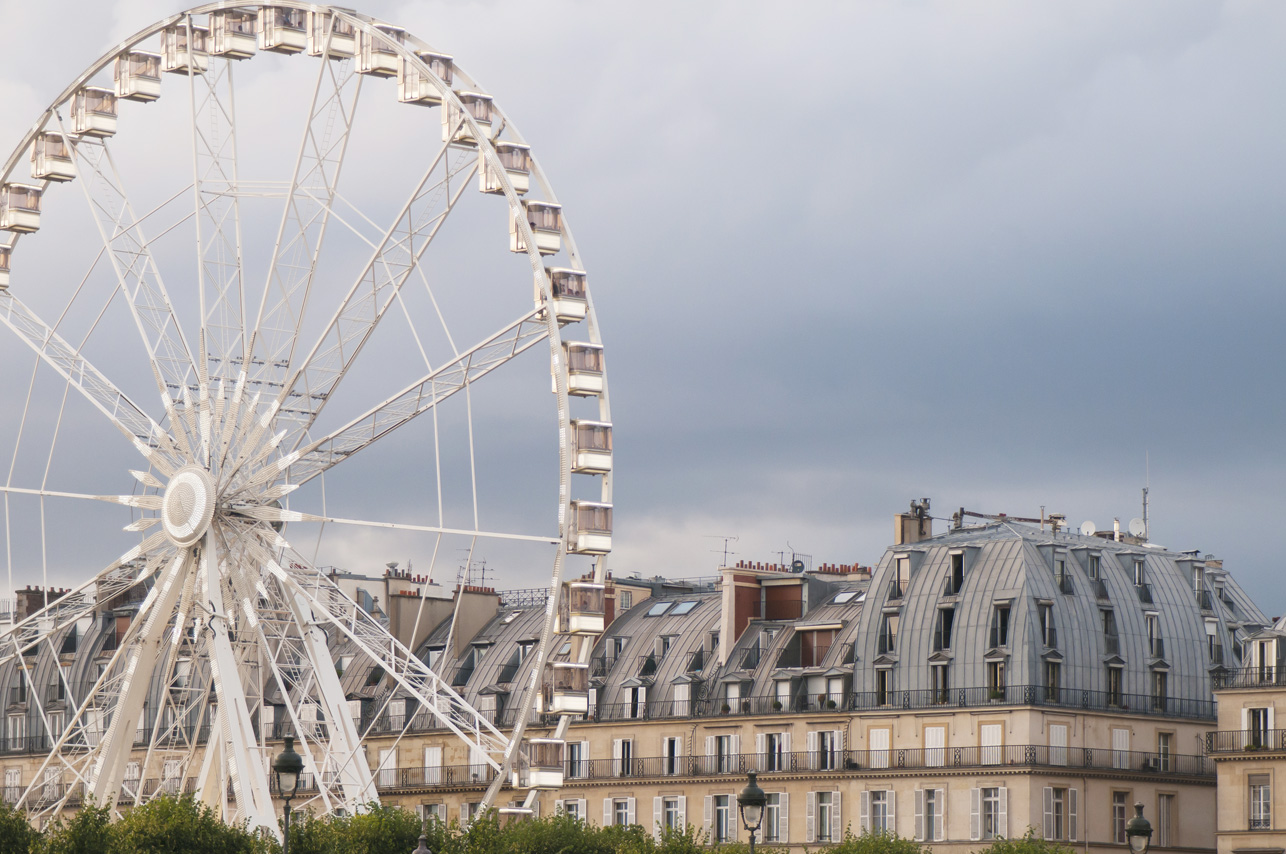 From Saint Louis, the Petit-pont was the meeting point of a whole ragtag band of circus types because it was the only bridge they could cross without having to pay a toll. They just had to distract the customs officers by showing them their wild animals. Which is where the French expression “payer en monnaie de singe” (“to pay with monkey money”) comes from.

The other bridge where Parisians met was Pont Neuf. An architectural marvel, it was a promenade left wide open to the wind from all directions due to the fact that nothing was built on it. There were however, all sorts of street artists, merchants, crooks and harlots. Lets not forget the shadow of “Big” Thomas, a celebrated teeth puller who operated on a stage with a full orchestra.

During the second Empire, it was Place de la Bastille that saw an influx of street performers. One of the most famous was the charlatan Mengin, a purveyor of pencils, with his servant “verdigris” who played the barrel organ. One feels the passing shadow of the characters of author Eugène Sue and of the Enfants du Paradis…

France’s kings enjoyed the fact that their subjects benefited from their most intimate pleasures. When the Dauphin married Marie-Antoinette on 30 May 1774, a huge celebration was organised on the site of what was to become Place de la Concorde. The fireworks were sumptuous but the crowd that they drew turned into a stampede with numerous victims. Resentful, the square and the people would get their revenge on the Dauphin, 19 months later…

From this point on, we get closer and closer to the modern-day meaning of the word “fair”, in the sense of an attraction, a place of pure entertainment, rather than a place of business and exchange. Whilst there’s been a Luna Park at Porte Maillot for ages, on the site of the hideous palais de Congrès the first “montagnes russes” (literally, “russian mountains” – roller coasters) sprang up in Paris, in 1817, on the Champs Elysées. The only difference being that they were referred to as “montagnes françaises” – “French mountains”.

In 1894, the first covered ice rink opened, but it was really the turn of the century that saw a rebirth of the fair to a less prosaic end: cinema. The Lumière brothers’ invention was demonstrated to the public on boulevard des Capucines, at the current location of the Grand Café.

Here we’ll stay, on the border between entertainment and invention. And from this frontier, the World’s Fairs followed. That of 1900, for example, offered an immense Ferris wheel 100m high on avenue Suffren. 40 cabins took some 1600 passengers up into the Parisian sky. Another equally extravagant invention: a moving walkway that connected the Champ de Mars, the Champs Elysées, and the Invalides. You could travel down it at two speeds: 4 or 8km per hour. The public entered the exhibition via a huge multi-coloured door, 50m high, on the corner of place de la Concorde and the Champs. The only lasting impression of these extremely good old days: the Grand Palais, built to house cars, trains, planes, and agricultural shows.

Then came a radical change in style with a Decorative Arts Exhibition that opened its doors on 28 April 1925. This event would exact some profound changes on the appearance of the Champs Elysées. Gone were the excesses of the early 20th century. The Roaring Twenties were also the age of the architectural austerity of Mallet Stevens and Le Corbusier. The Champs Elysées became a line of walls, one that hasn’t improved over time.