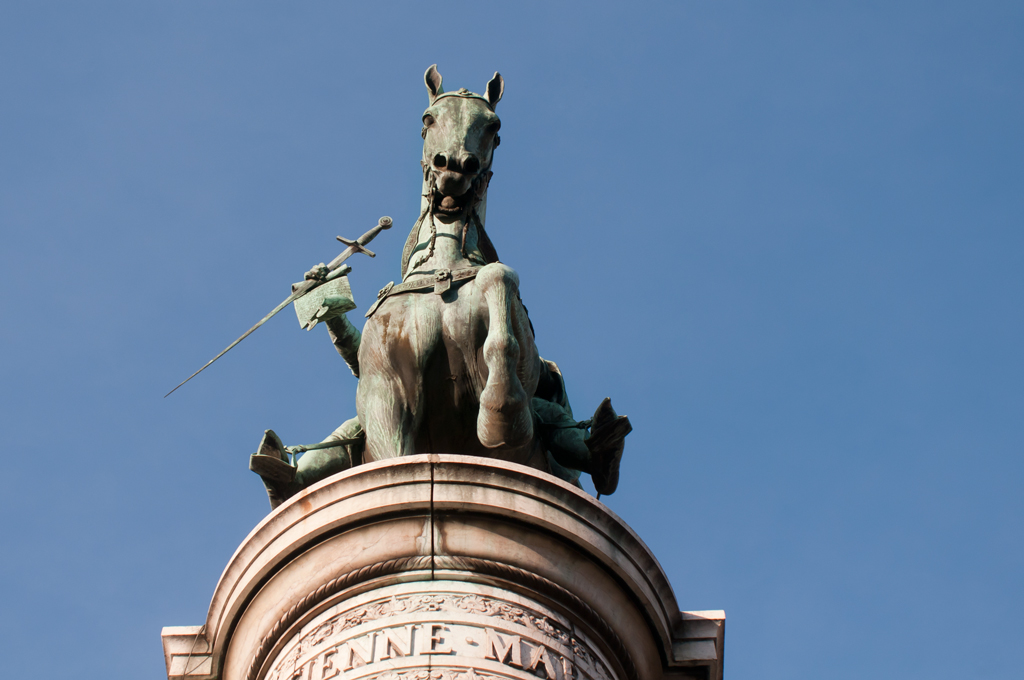 The standing stones of Paris

Absolutely nothing of prehistoric Paris remains however, the memory of certain megaliths has survived in Parisian place names. Close to the Hôtel de Ville, level with rue Lobau, the “Pet-au-diable” is without doubt the most famous of our standing stones. It has been the subject of several student pranks: in the Middle Ages, during the night, a gang of schoolboys (François Villon amongst them) moved the heavy stone and took it to the left bank, close to Maubert, which infuriated the authorities obliged to return the behemoth to its original location.

This “pet-au-diable” had some “cousins” spread here and there over old Paris. The “Pierre-au-lait” was close to Saint Jacques tower. A number of Paris’ neighbourhoods were home to such “high posts” which everyone was led to believe were prehistoric standing stones. There was one in the rue Latran, next to the collège de France. The others were located in St Germain des Prés (the “caillou rouge” – the red stone), next to Notre Dame des Champs, in the villages of Chaillot, Montmartre, Ménilmontant, and Belleville…

The neighbourhood of Gros Caillou (“Big Stone”) takes its name from the high stone found at number 58 rue Saint Dominique. The old name for this street was “Long Grey”, after the material of which the famous stone was made. It was located in front of a brothel, which was destroyed at the end of the 17th century along with the prehistoric relic.

The left bank too has its megaliths. The rue de la Pierre Levée (“raised stone street”) in the Eleventh arrondissement, is a reminder of the dolmen discovered there in the 18th century.