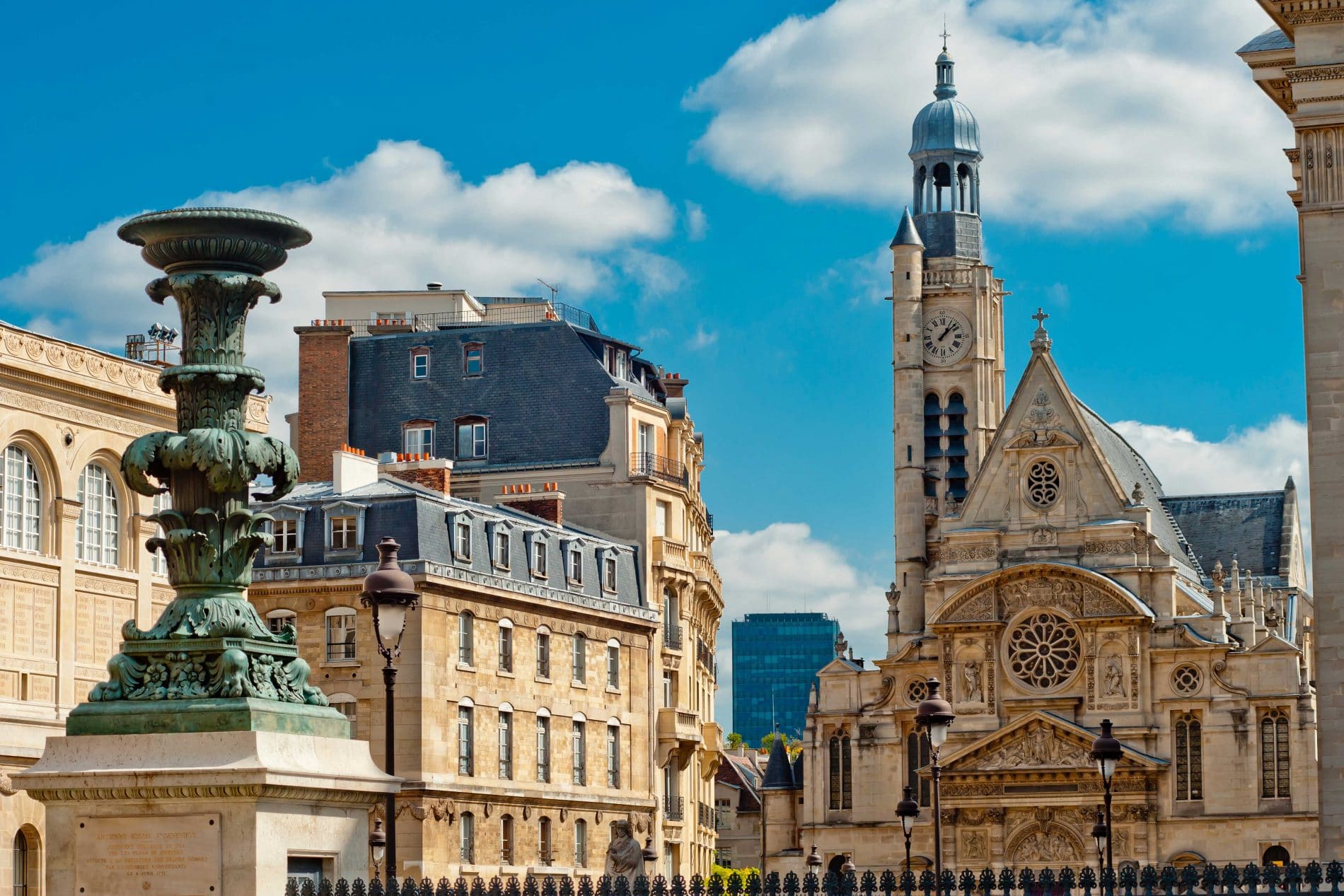 Paris or Rome? Rome or Paris? It’s a never-ending contest between these two towns. Which is the more beautiful, the most pure, the most perfect, the best preserved, the least destroyed? Paris’ supporters champion its variety, its ability to adapt, its vigour, its grandeur. Those in favour of Rome praise its climate, its charm, and its immortality. But everybody agrees on one point:  without wanting to upset London, Berlin, Vienna, and New York, we have here the two most beautiful cities in the world.

In her favour, Rome has a historical precedence that Paris has often coveted. And its fun to discover nods to this within certain Parisian monuments.

The Palais Brongniart, former seat of the Bourse de Paris, was a copy of a Vespasian temple. The church of Notre Dame de Lorette, built between 1823 and 1836 by Hyppolite le Bas, was modelled on the Papal Basilica of Santa Maria Maggiore. Smelted with 1200 cannons taken from the Russians and Austrians in 1805, the Vendôme column (1806 – 1810) was a reproduction of the Trojan column from the Roman Forum. The triumphant arch at the Carrousel (1806 – 1808) emulates those of Septimius Severus and Constantine. The arch at Etoile is a nod to them in terms of size (50m high, 45m wide) but was in fact inspired by the tetrapylum Arch of Janus in Rome. And if the Madeleine, commissioned by Napoleon to Pierre Vignon, is antique in feel, its because it was inspired by a Greek temple.

Lastly, the mound of Montmartre could itself be inspired from the Latin:  “How the artists forced out by the price of Rome came to this point to study the Roman countryside and the appearance of the Pontine marshes” said Nerval…