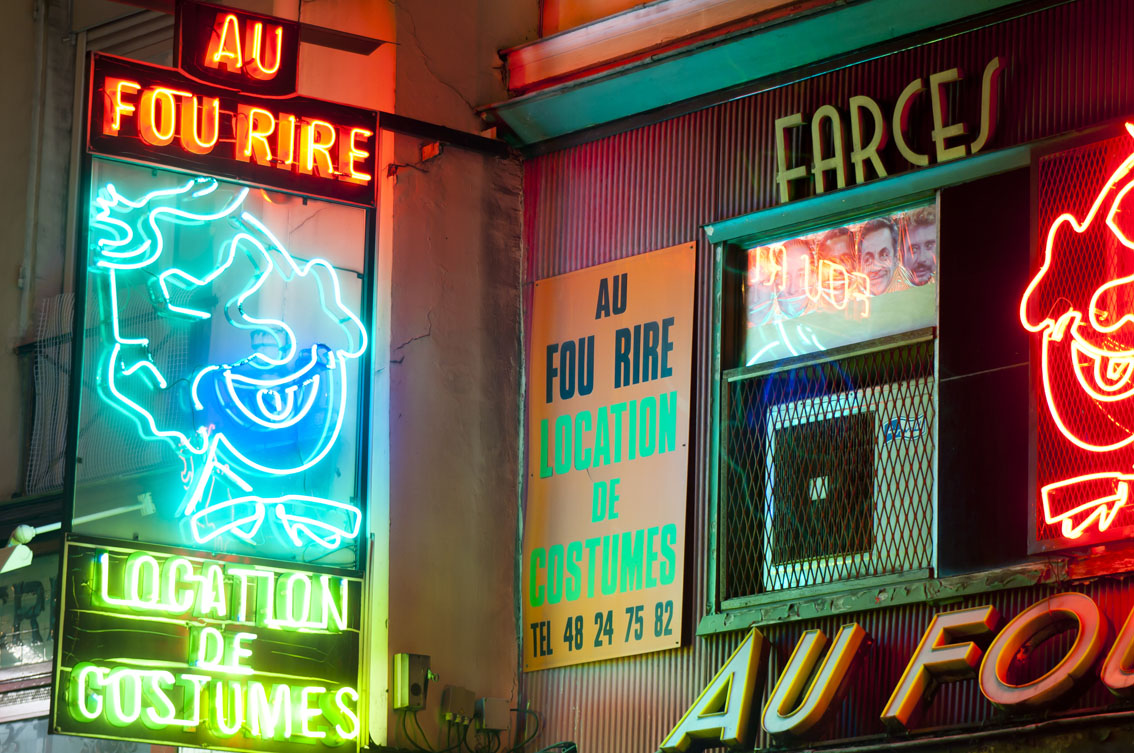 A fixture since the Middle Ages, banned during the French Revolution, but at its peak under Louis Philippe, the carnival was a big moment in the Parisian calendar. The town was awash with colour, cries, sounds, smells, tastes, and above all, incivility. People wore masks, made themselves up, covered themselves in colour; there were play-fights using flour, eggs, and sand. It was a crazy day, where anything seemed to go, because the next day, Lent started with a vengeance.

Amongst the many incarnations of the Paris carnival, we remember the infamous “Invasion from La Courtille”. La Courtille was an area of countryside on the other side of the fortification of Bellville, and was home to many dance halls and houses of ill repute. From 1822 to 1860, from the evening of Shrove Tuesday to Ash Wednesday, the Paris carnival brought itself to a close with a huge informal parade that reunited all the little neighbourhood carnivals. They wound their way from Belleville to the centre of Paris. On the way (which today corresponds to going from the Belleville metro stop to the place Hôtel de Ville, descending rue Faubourg du Temple, across place de la République, then along rue du Temple), people constructed elaborately decorated cafés. The windows that faced the parade were rented at extortionate prices, as happens today for the Palio in Sienna or the Monaco Grand Prix!

Other carnival excesses:  the “Fat Bullock Festival” which appears to truly be reminiscent of a Mithraic cult. Since the Middle Ages, the butchers had left their usual spot in les Halles and come into Paris to pay a visit to the leading magistrates in the Cité, showing off a bullock crowned with a laurel wreath. From 1805 onwards, the procession lasted three days, and even extended to the Tuileries and all official buildings. The animal was slaughtered in the end, occasionally to be served at the table of the Head of State!

There was once a short “Cowalcade”, the anti-procession to the Fat Bullock, organised by the painters and poets of Montmartre in 1876 to denounce the bourgeois vulgarity of the Fat Bullock parade. The wagons had provocative names that made reference to the Paris Commune:  “Freedom on the edge”; “Defenders of Thought”; “Temple of the Golden Cow”…