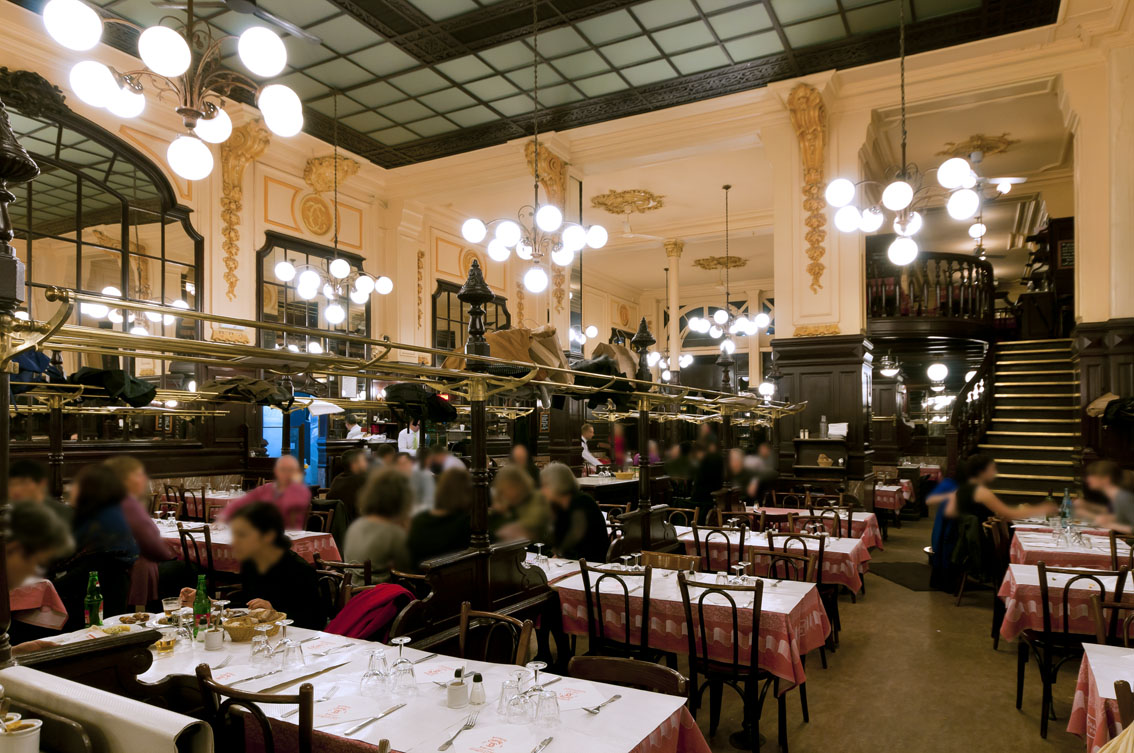 The Top Tables on the Grands Boulevards

Whilst the Bourbon Restoration played a part in the success of the restaurant Rocher de Cancale, so dear to Balzac, the July Monarchy, followed by the Second Empire, saw the birth of top tables, principally on the Grands Boulevards.

Let’s go dine with Rossini at Paillard on the corner of boulevard des Capucine and rue de la Chaussée d’Antin. Or would you prefer to eat a few Italian specialities at Poccardi, on the corner of boulevard des Italiens and rue Favart? We could also treat ourselves to the truffle andouillettes that delighted Grimod de la Reynière at Café Hardy, on the corner of rue Laffitte. But get there fast, because from 1841 the famed Maison Dorée took over its spot, and today, nothing is left of that but the façade stuck onto a branch of the BNP bank. Opposite (in the Marivaux’s old spot), one used to find the famous Café Anglais ran by the chef Adolphe Dugléré. On 7 June 1867, the famous “Dinner of the Three Emperors” took place during the throws of the World’s Fair. Alexandre II, Alexandre III, Grand Duke Wladimir, and the King of Prussia, dined there, amongst the first floor private rooms, in the much sought after “Cabinet du Grand Seize”. It is said that its over-the-top décor pleased both the royals and the great courtesans that accompanied them.

We could also pop to Véron, on the rue Vivienne, where Sophie, the cook, makes treats for the actors from the Vaudeville. Or maybe chez Paul Brébant, boulevard Poissonnière, host to meetings of clubs such as:  the “Spartan’s Dinner” with Goncourt, Renan, and Claretie; and the “Raw Beef Supper” attended by Zola, Flaubert, Daudet, and Mirbeau… It’s also here that Zola celebrated the 100th performance of his play “Nana”, the glitterati finding it comical to get dressed up as laundrymen (ah the Caviar Left, what would we do without you?!).

We could even stretch so far as Véry, at 22 boulevard de Magenta. But beware! It’s here that Ravachol, the anarchist, was arrested. And it’s here that a bomb went off on the eve of his trial, on 25 April 1892.