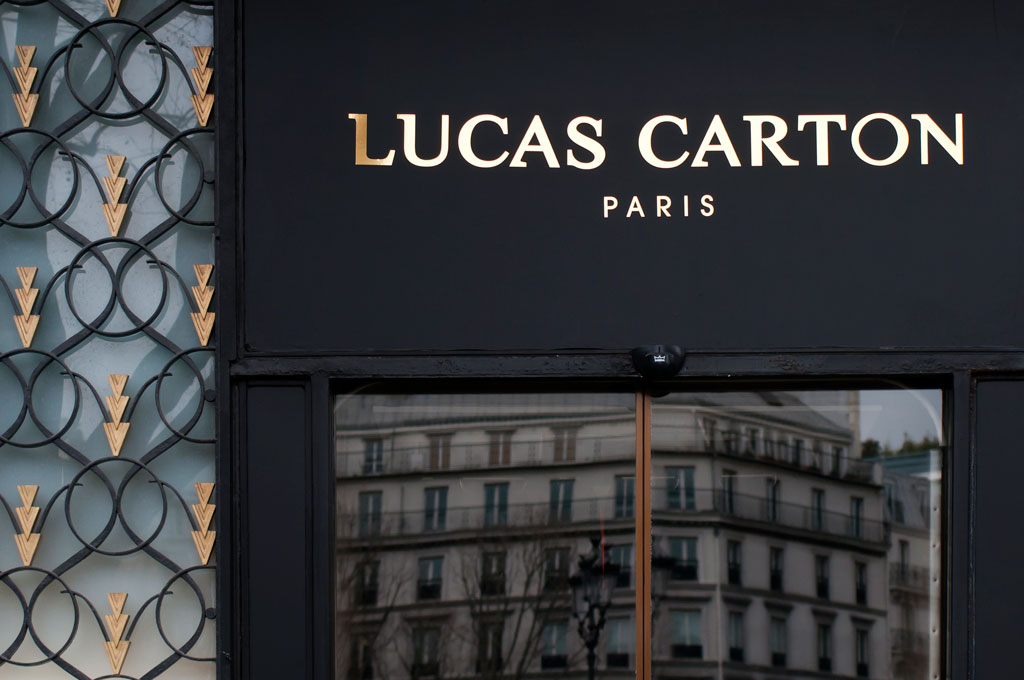 The Top Tables of the Golden Triangle

The years passed, and with the arrival of the Third Republic and the Belle Époque the best restaurants in town moved west. Since the dawn of the restaurant industry, the gourmet delicatessen Doyen presided over the Champs-Elysées, and it’s here that in 1900 the celebrated chef Paillard created the Pavillion de l’Elysée, opposite the eponymous palace, to welcome the heavyweights of the World Fair. Today, it exists as the Pavillion Lenôtre.

The edges of the Madeleine too were bursting with illustrious tables. At number 2, currently the home of Ralph Lauren, you’d find the restaurant Durand; it’s here that Boulanger decided to set his sights on power, and here too that Zola wrote “J’accuse” (“I accuse” – his 1898 open letter to the President of France).

Opposite, at number 3, was the setting of Larue, another Parisian institution. It’s chef, Edouard Nignon cooked for the Tsar, then at the Elysée palace, and the Quai d’Orsay (a metonymical term often used to refer to the French Ministry of Foreign Affairs). Today, number 3 houses a Nina Ricci boutique.

The restaurant Lucas Carton, at number 9, is the only survivor of this golden age. In 1732, a Taverne Anglaise was opened here by Robert Lucas. In 1925, the space was purchased by Francis Carton, who gave it his name. Taken over by Alain Senderens, the latter ultimately gave it his name in 2005.

And then there’s Fouquet’s. At the end of the 19th century, on the corner of the Champs Elysées and avenue de l’Alma (future avenue George V), was a bistrot where all the neighbourhood’s coach drivers gathered. Louis Fouquet had bought it in 1899, giving this small café his name and there creating an “American drink cocktail”, a nod to the fashion of the moment. Wiped out by typhoid in 1905, Fouquet’s successor was the chef Léopold Mourier, who kept up the anglomania and added an “’s” to the sign. He wanted his new property to become the place to be for the racing set on their way back from Longchamp. His plan worked, and Fouquet’s became the meeting place for personalities as diverse as Raymond Poincaré, James Joyce, Georges Feydau, and Paul Poiret. In 1923, Jean Drouant (of the famous restaurant in the Place Gaillon) took over the business. Until 1976, it would be the epicentre of cinema and well-known writers. Purchased by Maurice Casanova, Fouquet’s was artfully renovated and continued to welcome celebrities and those trying to spot them. In 1988, the Kuwaiti owners of the building objected to renewing the institution’s lease. The Culture Minister hastened (quite rightly) to have the establishment placed on the list of historical monuments. Today, Fouquet’s is part of the business empire of French mogul Lucien Barrière. The present-day fauna may be essentially tourists, but at least the vessel’s still afloat!