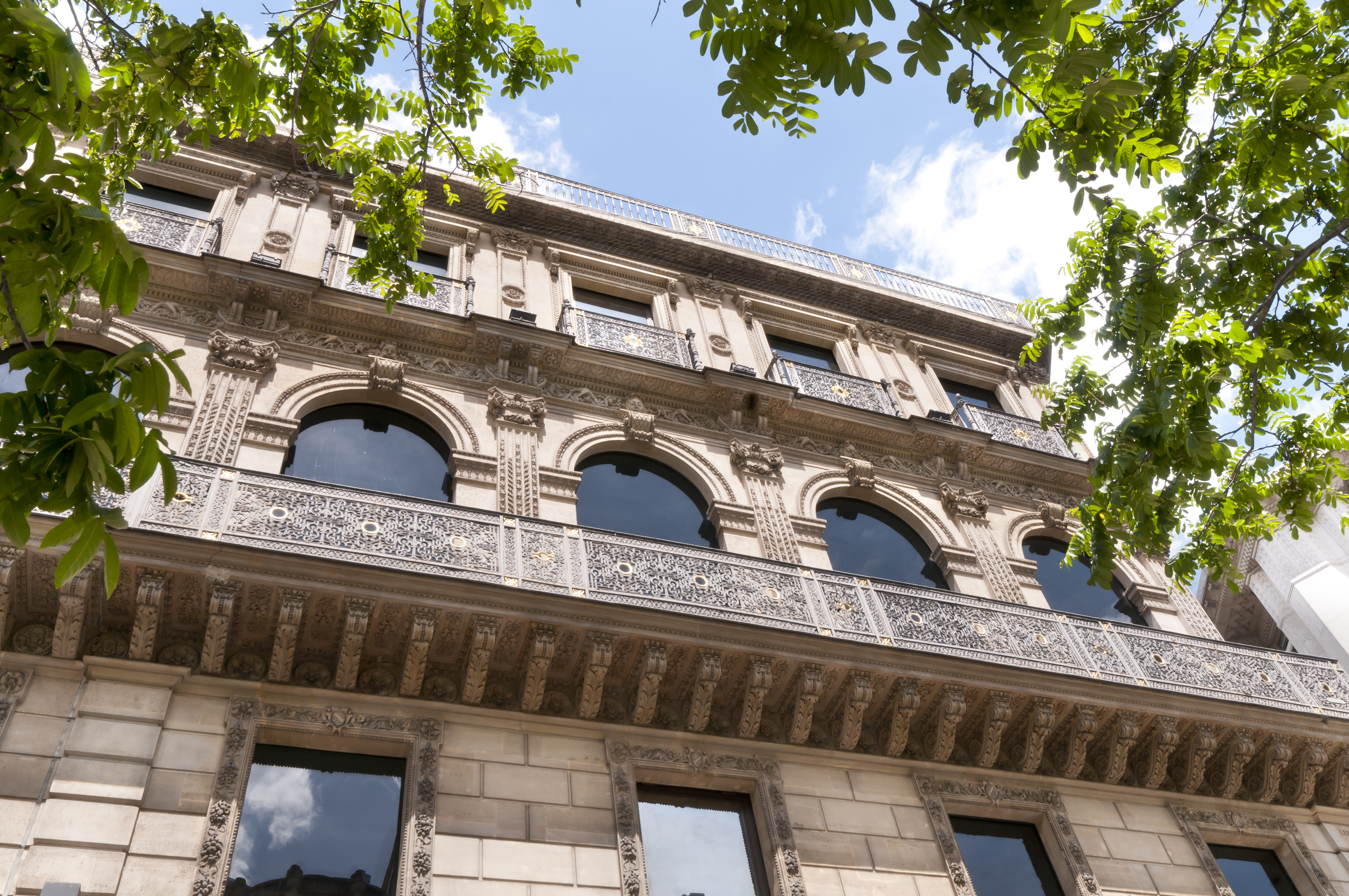 Palais Royal is the epicentre of Parisian cafés, which have in the past proven to be rather inventive in how they stave off the competition. The Café des Aveugles entertained with an orchestra of visually-impaired musicians. Curiouser still, at the Café Méchanique, founded in 1785, orders were made by a sort of microphone that fed into the cellar; then, the centre of the table opened and the drinks arrived via a dumbwaiter! On the eve of the Ancien Regime, Paris boasted close to 2000 cafés. But it was in the 19th century that they completely caught on, diversifying and offering all kinds of possibilities: music, song, concerts, shows, etc.

It’s impossible to make a list of all Paris’ cafés, particularly as some have become actual restaurants. Let’s say that the establishments along the Grands Boulevards are the trailblazers, notably, the famous ice-cream shop Tortoni.

In 1815, Tortoni was the first to serve its clients seated at tables on the pavement, thus inventing the concept of dining ‘en terrace’. Balzac and Proust spoke of this café that Barbey frequented and Bismarck appreciated. Located at 22 boulevard des Italiens, on the corner of rue Taitbout, it closed in 1893.

It’s also worth mentioning Café de la paix in the Grand Hotel, which was the HQ of the night owls of the Belle Epoque, its location at least remains. Consider too Restaurant Hardy, one of the great tables of the boulevard des Italiens that was sold, demolished, and replaced by the famous Maison Dorée, the latter nestled next to Tortoni. The first truly luxury café, La Maison Dorée became the assembly point for the elegant and their courtesans. Its individual ‘boxes’ (in particular number 6) were in very high demand. It’s here in 1886 that the Impressionists gave their last group show. Alas, the Maison Dorée closed in 1902, becoming instead the headquarters of a bank. Earmarked for demolition in the 1970s, only the façade has survived, like an exterior film set!

To draw our tour of the Grand Boulevards to a close, let’s take a look at Café de Paris, which is along from after Tortoni and the Maison Dorée (in a location today occupied by a Monoprix supermarket). It was the meeting place of the Goncourt Academy until 1914 (before the election of Drouant) and closed its doors in 1955.