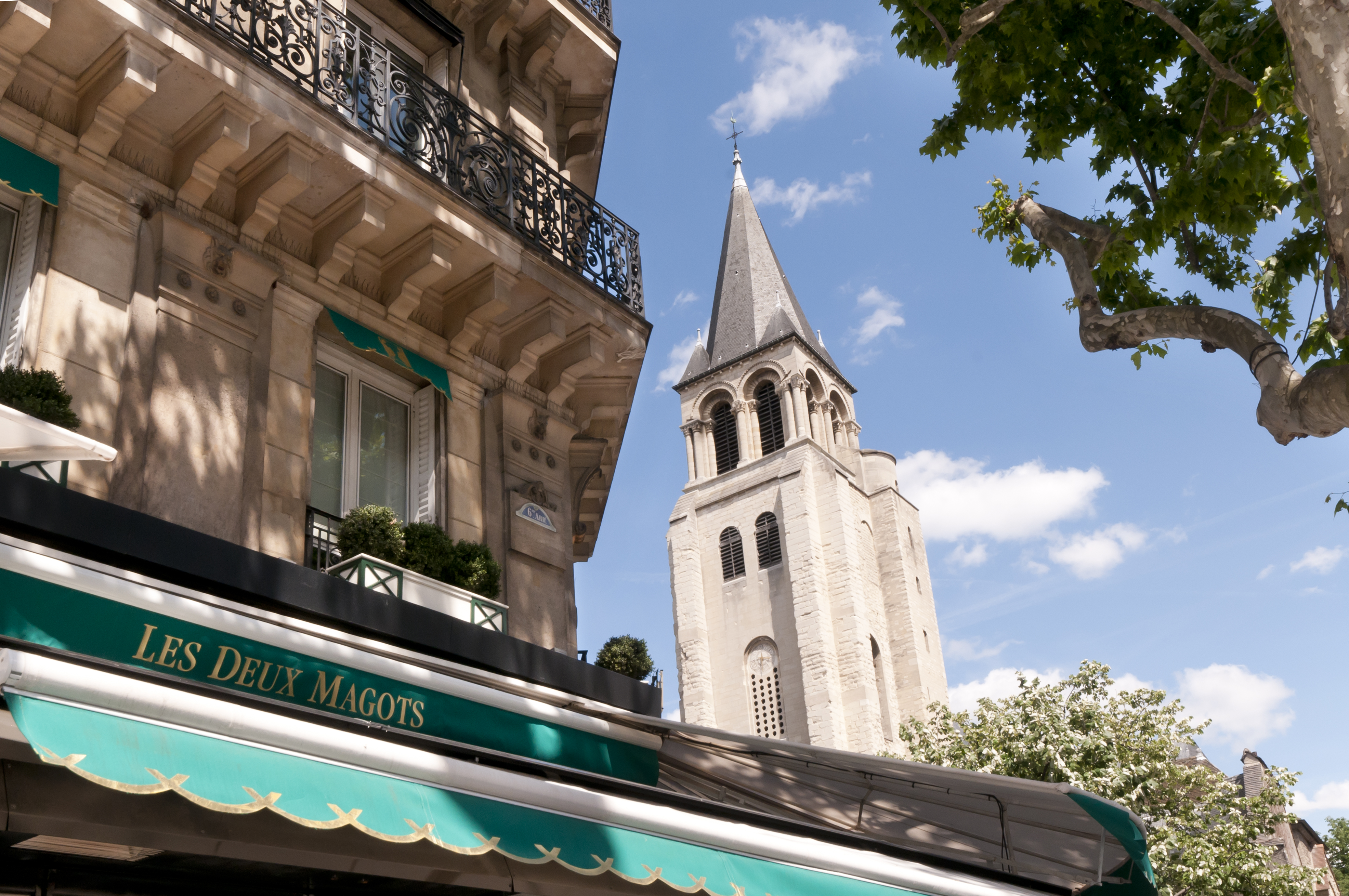 The Grand Cafés of Saint-Germain-des-Prés

If the Closerie des Lilas, where Alfred Jarry drank a cocktail of Absinthe, vinegar, and a drop of violet ink cannot really be considered a café, the Flore and the Deux Magots are veritable institutions.

The Deux Magots, “café liquoriste”, was founded at the beginning of the 1880s. It replaced a luxury silk lingerie boutique that had been part of the neighbourhood since 1812 (originally on the corner of Seine and Buci streets), placed under the aegis of a pair of statues of Chinese mandarins (the “deux” – two- “magots” in question). Today it is still owned by the Mathivat family. Since 1933 it has awarded on of France’s most venerable literary prizes. So much so that the tiny fragment of pavement that surrounds it was recently given the name Place Sartre-Beauvoir after two cornerstones of that world.

It’s elder sibling the Flore was founded in 1870. It owes its name to a statue of the goddess of vegetation that originally stood outside its entrance. Whilst Jean-Paul Sartre picked up the cigarette butts of the Deux Magot’s clients to fill his own pipe, Charles Maurras made the Flore the HQ of his fledgling Action-Française.

After Second World War, Paul Boubal took the helm, and resold it in 1983 to the Siljegovics, a couple that have retained its lustre, spirit, and disdain. Every Autumn, the awarding of the Flore Literary Prize is an event in the Saint-Germainer’s calendar.

While the Bonaparte takes in the exiles from these two institutions, today what was once the neighbourhood’s third Musketeer, the Royal Saint Germain, has long been forgotten. Always unpopular, it was first replaced by Drugstore and today is home to Armani.