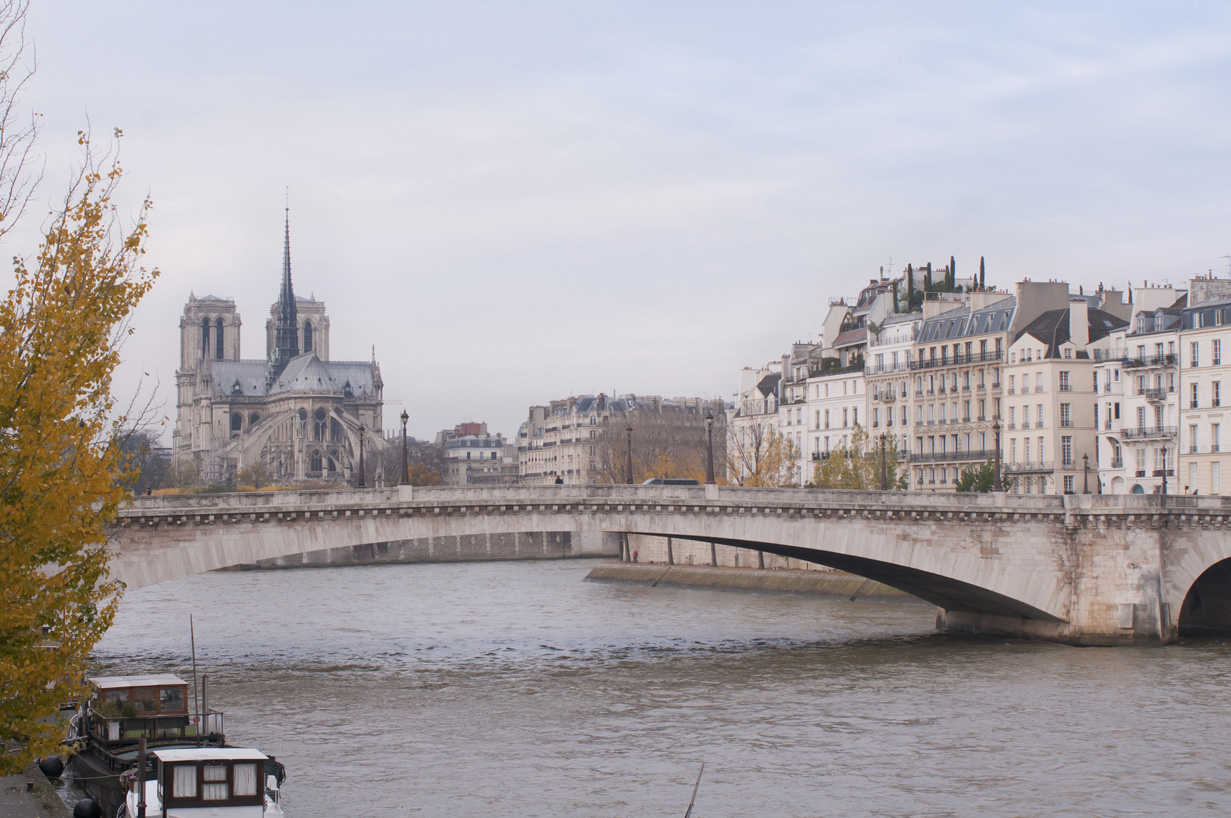 For the longest time, the Seine existed as an ever-changing archipelago, a far cry from the rigorous beauty of contemporary Paris.

Today’s Boulevard Morland covers a tributary that was referred to as the Arsenal and that separated the riverbank from the island of Louviers. The latter (formerly known as île Javelle) was purchased by Nicolas de Louviers at the end of the Middle Ages as a place to store timber. Ile Louviers would not become part of ‘mainland’ Paris until 1841.

Following the river’s course, let’s now alight at the foot of the Assemblée Nationale: without descending into schoolboy humour, part of the quayside was separated from the riverbank and christened the île “merdeuse” (“shitty” island…).

A little further, from the rue Jean Nicot to the Champ de Mars, a long strip of earth connects the islets of Longchamps, Treilles, and Vaches.

Originally called île Maquerelle (nothing to do with brothels – “maquer” in French means to pimp – but because people fought duals there to resolve “mauvaises querelles”), it was renamed île des Cygnes because Louis XIV populated it with swans in 1676. This is the place where protestant corpses from St Bartholomew’s would have been buried. It’s also on this island that innards from butchers’ shops were washed out before being resold to tripe butchers. An oil that was produced from these innards fuelled the city’s streetlamps. All these little islets were connected one to the other during the Empire.

Finally, one shouldn’t confuse the île des Cygnes with the île aux Cygnes, which is a small artificial island created in 1825 by the Pont de Grenelle’s operating company that today faces the monstrous Front de Seine district, and from which the Statue of Liberty points the way to another archipelago-city…