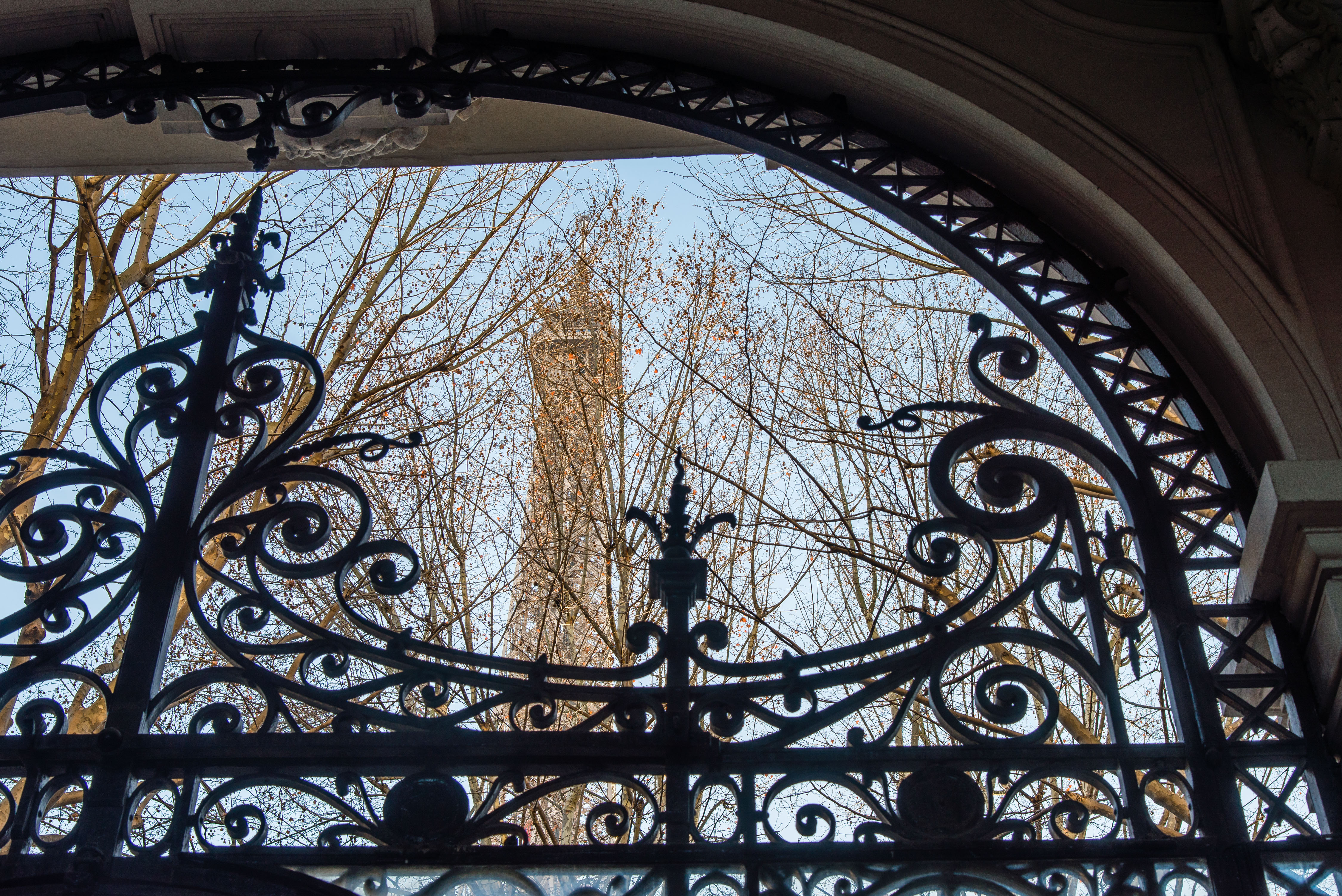 The price of apartments in Paris

Hovering around €8,000 per m2 in Paris. Apartment prices should remain stable. In line with the last 6 quarters, the prices of older apartments remained stable in Paris in late 2015 and continued to hover around the €8,000 m² mark with a price of €7,890 / m² in December 2015. According to our advance indicators based on preliminary contracts, the trend will probably extend into early 2016. 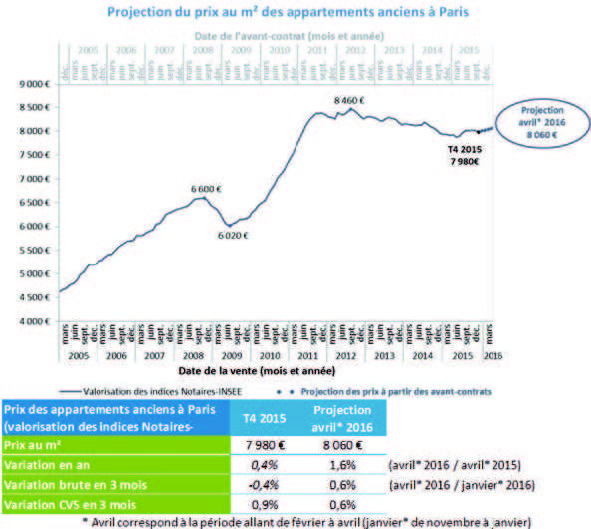 Median price per m2 older flats by district
As was the case for the capital as a whole, prices in the most expensive and least expensive districts remained relatively stable in 2015. The large increase observed for the Champs-Elysees can be explained by the structure of properties sold.
Note that in Q4 2015 there was a difference of about €8,300 between the Champs-Elysées, the most expensive district in the capital, and Pont de Flandre, the cheapest district. 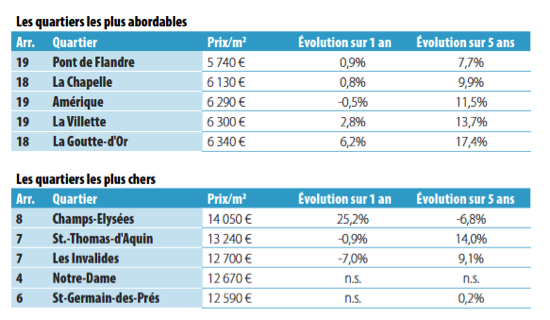 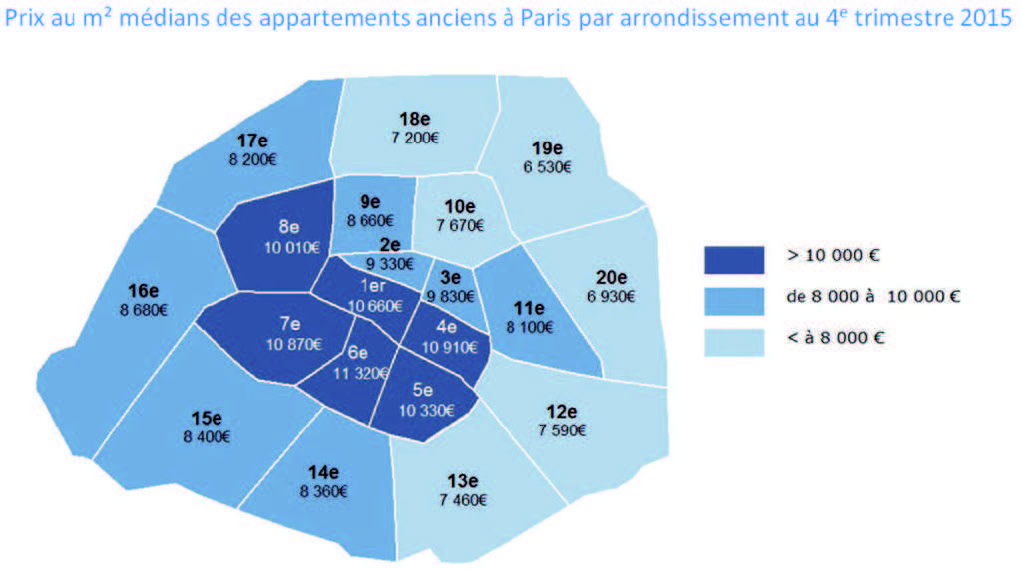 Paris had six arrondissements at above €10,000 m² in Q4 2015, as against four a year ago. The 1st and 8th arrondissements are the two districts to have returned to this level at the end of 2015. However the capital can count only one arrondissement above €11,000, three less than in Q3.

Relatively stable prices, the biggest changes can be seen in the heart of the capital 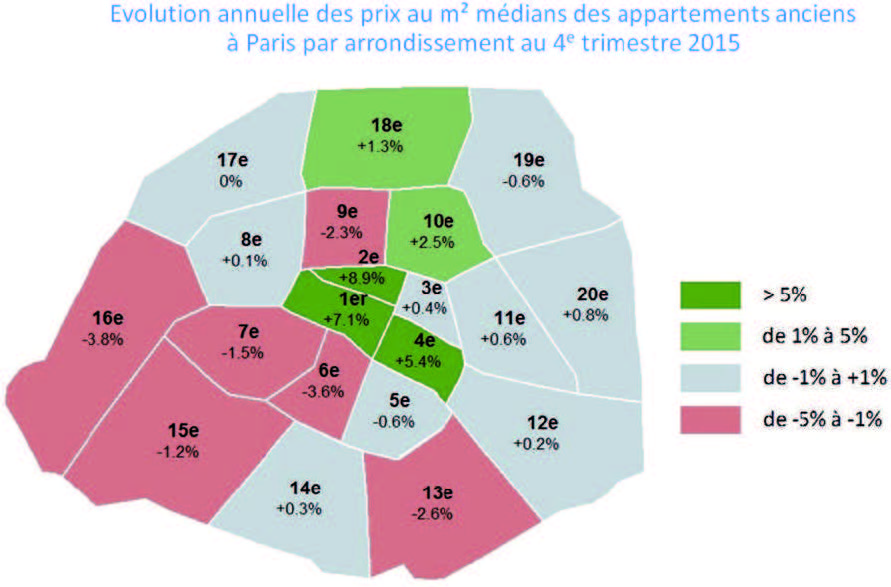 Over the year, the prices for older apartments changed little in Paris (+ 0.4%). This stability in the capital can also be seen in the majority of arrondissements where prices rose only slightly in 2015. Only the 1st, 2nd, and 4th arrondissements recorded strong upward movement. However, it should be remembered that traditionally there are few sales in these arrondissements.