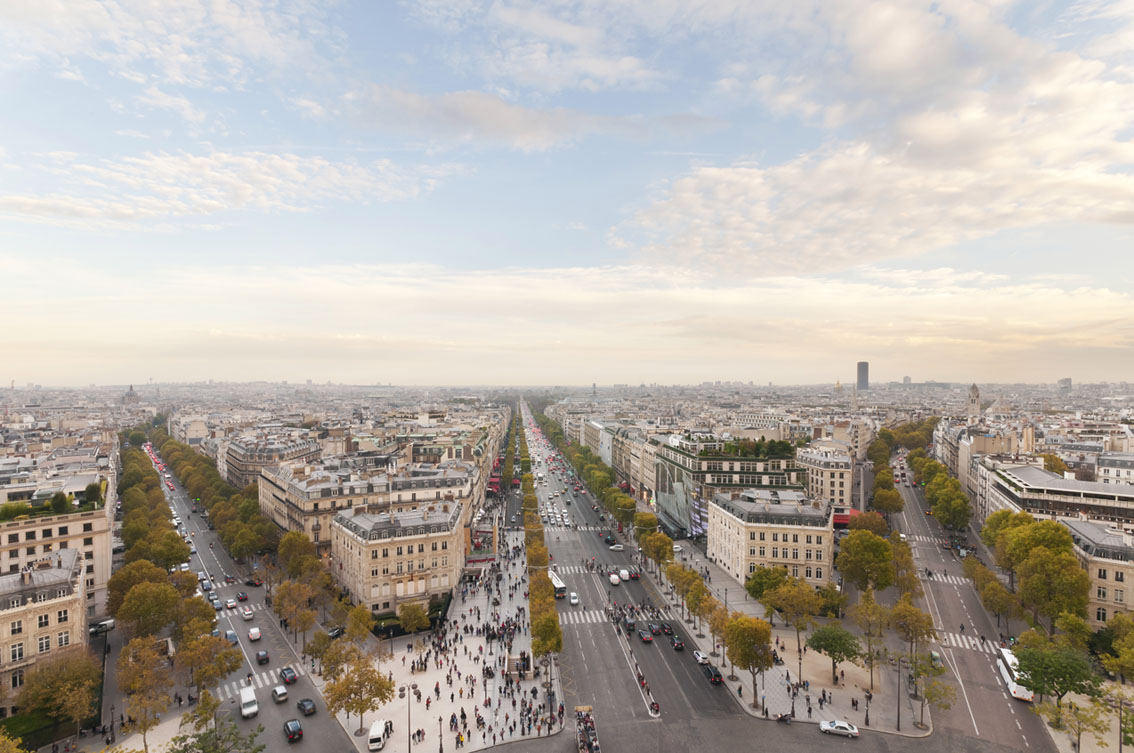 Napoleon III had some pretty fixed ideas when it came to urbanism. He envisaged razing the hill of Montmartre to the ground in order to sell it off in lots. Likewise, to those that are surprised that rue de Rennes begins at number 41, tell them that it was going to be extended all the way to the Seine, flattening in its wake rue Bonaparte and all its neighbouring mansions…

The craziest project is without a doubt the vast network of motorways that the Capital was to have benefited from over 40 years. Conceived at the heart of the “30 Glorious Years” (France’s post-WWII boom period) and Pompidou’s 3 years as Prime Minister, the plan was to turn Paris into one giant expressway, as has happened with the banks of the Seine.

What is today confined to the city’s ring road would have penetrated the Capital in a number of places, with the goal being to relieve traffic congestion.

The crossings planned at the time seem totally surreal today: an underground bypass from Saint Lazare rail station to Gare de l’est; an open flyover from Saint-Lazare to Montparnasse, skimming the Champs-Elysées, Madeleine, Concorde, and going underground at the Grand Palais: the “Vercingétorix radial” linking porte de Vanves to Montparnasse station (and of which construction began, which explains the number of squares on the rue Vercingétorix, improvised out of abandoned building sites after the project was abandoned); the “Bagnolet radial” that would run alongside père Lachaise and destroy many buildings right up to rue du Chemin Vert; and finally, an open flyover linking Aubervilliers to porte d’Italie: Stalingrad, Canal Saint Martin, place de la Bastille, pont d’Austerlitz, Boulevard Saint Marcel, place and avenue d’Italie, would have become nothing but one long four lane highway… Thank goodness the oil crisis slowed the project! Pompidou’s death and the arrival of President Valéry Giscard d’Estaing assured it was definitively buried, in 1974. Paris escaped the worst!