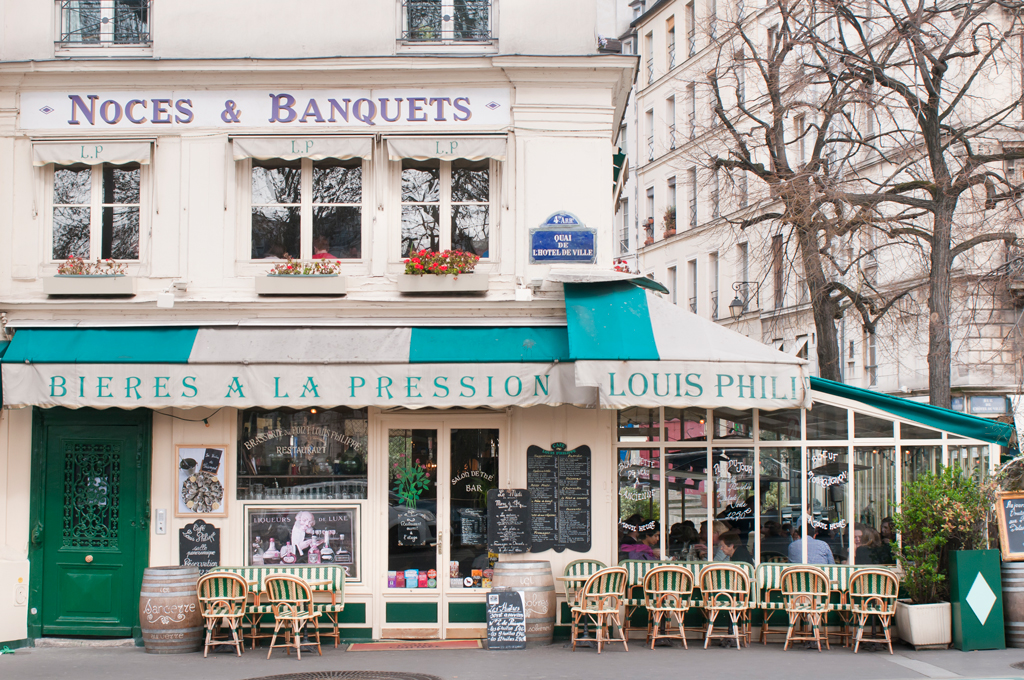 The modern “brasserie” in the sense of a public house was born at the end of the Second Empire. Such establishments were a halfway house between a cabaret and a brothel, where the waiters were dressed according to the drink they served (not necessarily beer). This fashion was born on the Champs de Mars, during the Exposition Universelle (World’s Fair) of 1867, at which a number of “pop-up” brasseries were set up. However, just as the Eiffel Tower survived its construction, brasseries with costumed waitresses dressed in a way that emulated the establishment’s theme took hold. During the Belle Époque, there were 40 or so in the Latin Quarter alone. Their names are very evocative: Brasserie des Amours (Brasserie of Love), Brasserie de la Vestale (Vestal Brasserie), Brasserie des Belles Marocaines (Brasserie of the beautiful Morrocans), Brasserie des excentriques polonaises (Brasserie of the Polish eccentrics), Brasserie des Apothicaires (Apothecaries’ Brasserie – here the beer was served via an enema!) or even Mohammed’s Paradise (Paradis de Mahomet).

In the same spirit, ex-Communard colonel Maxime Lisbonne, recently returned from Devil’s Island, founded La Taverne du Bagne at 34 boulevard de Clichy. The client was welcomed like a condemned man arriving at the penal colony; with the staff disguised as convicts, and of course, in order to get off the island, you had to pay your bill!

As often happens, these fin de siècle follies fizzled out. Fashions change, the mood shifts, but the names stay the same, and often, so too the places. Today, we understand a brasserie to be a place where we can eat hearty fare such as choucroute or petit salé, washed down with beer, of course…