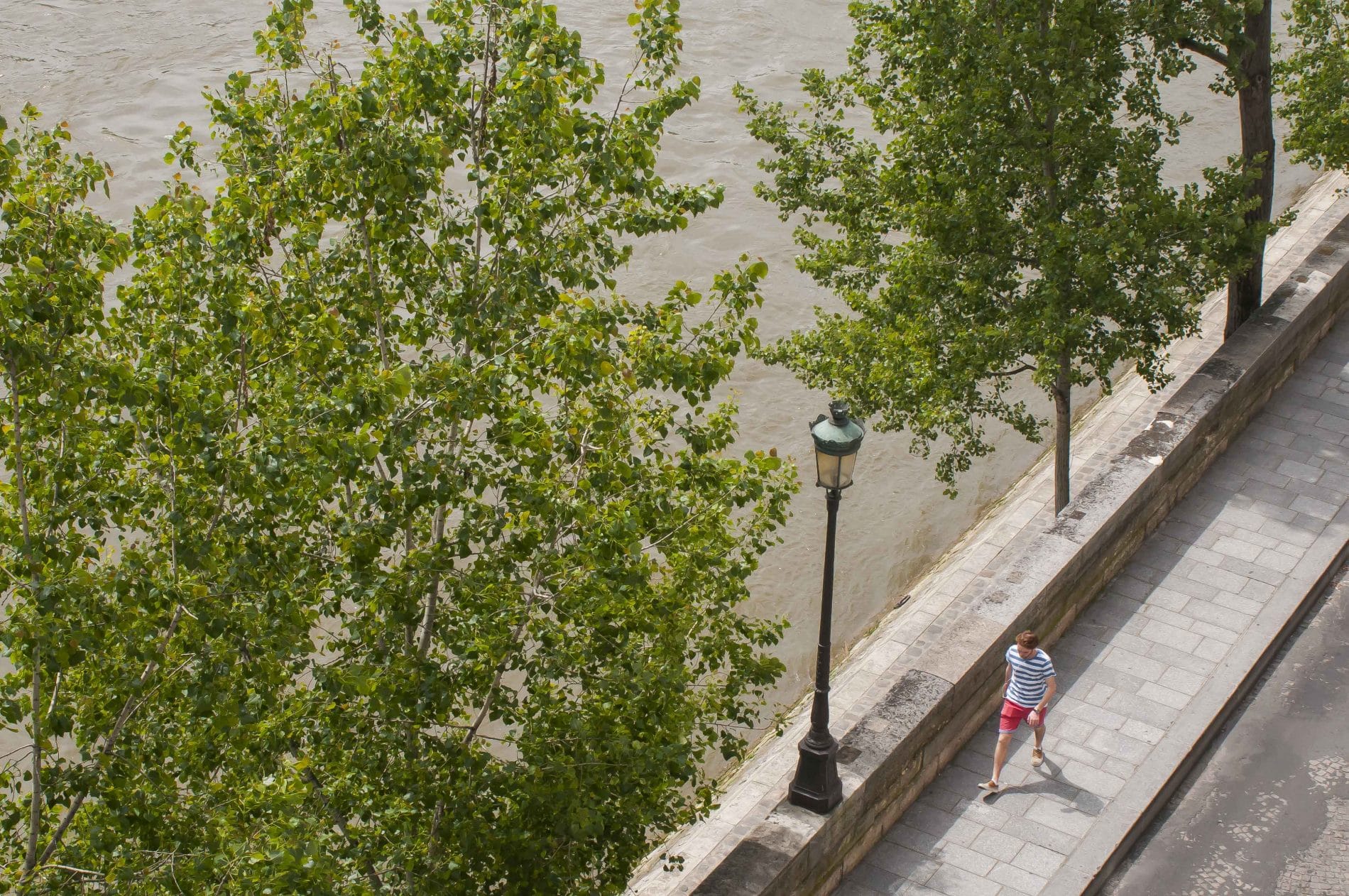 Operation “Reinvent Paris”: the transformation of the former administrative block

Just moments from the Marais, the collection of offices at 17 avenue Morland will become a bustling neighbourhood with homes, restaurants, a hotel, a crèche, and even a swimming pool. The public will have access to its rooftop terraces offering outstanding views over Paris and the Seine.

On the banks of the Seine, close to Île-Saint-Louis, and bordering the historic neighbourhood of the Marais, the group of buildings that make up “17 avenue Morland” (4th arrondissement”) and which have up until now housed the City of Paris’ administrative offices are about to get a makeover.

In a few years time, this civil service hub will throw open its doors to the city and its myriad of occupants whether homeowners, residents, Parisians, tourists, or those just taking a stroll.

As you’ll recall, this 40,000m2 real estate conversion is the most extensive of all the “Reinvent Paris” projects instigated by the City of Paris, aimed at injecting new life into some of Paris’ more unusual locations.

*History of the site

Much sought after during the call for tenders, this “lot” attracted over 30 proposals for the conversion of the site. Located in a quadrangle formed by Aubigné and Schömberg streets, boulevard Morland, and quai Henry IV, this real estate package is “unusual” for Paris in that it is laid out like the letter “H” and was built between 1957 and 1964 to house the City of Paris and surrounding prefecture’s civil service. The team made up of architecture firms David Chipperfield Architects and CALQ Architecture, artist Olafur Eliasson, and developer Emerige won thanks to their proposed conversion of the existing high-rise buildings and the construction of building extensions, all the while promoting mixed-use occupancy.

Notable features of this future real estate development are the creation of a 404 bed youth hostel, and a luxury hotel with 147 rooms developed by AccorHotels. With the creation of a covered street traversing the block, the city will be reconnected to the Seine. A food market will be built in the principal building’s former foyer. A 66-place crèche, offices, homes (both social housing and for purchase under the Home Buyer’s Plan), a fitness centre, and a swimming pool are also in the works. A cultural centre, public terrace-garden, a bar, and a restaurant will be located on the top floor of the tallest tower (16 stories). This urban regeneration plan has also carved out space for an inner-city farm. And above all these repurposed panoramic terraces, the public can enjoy one of the most magnificent 360° panoramic views of the capital.