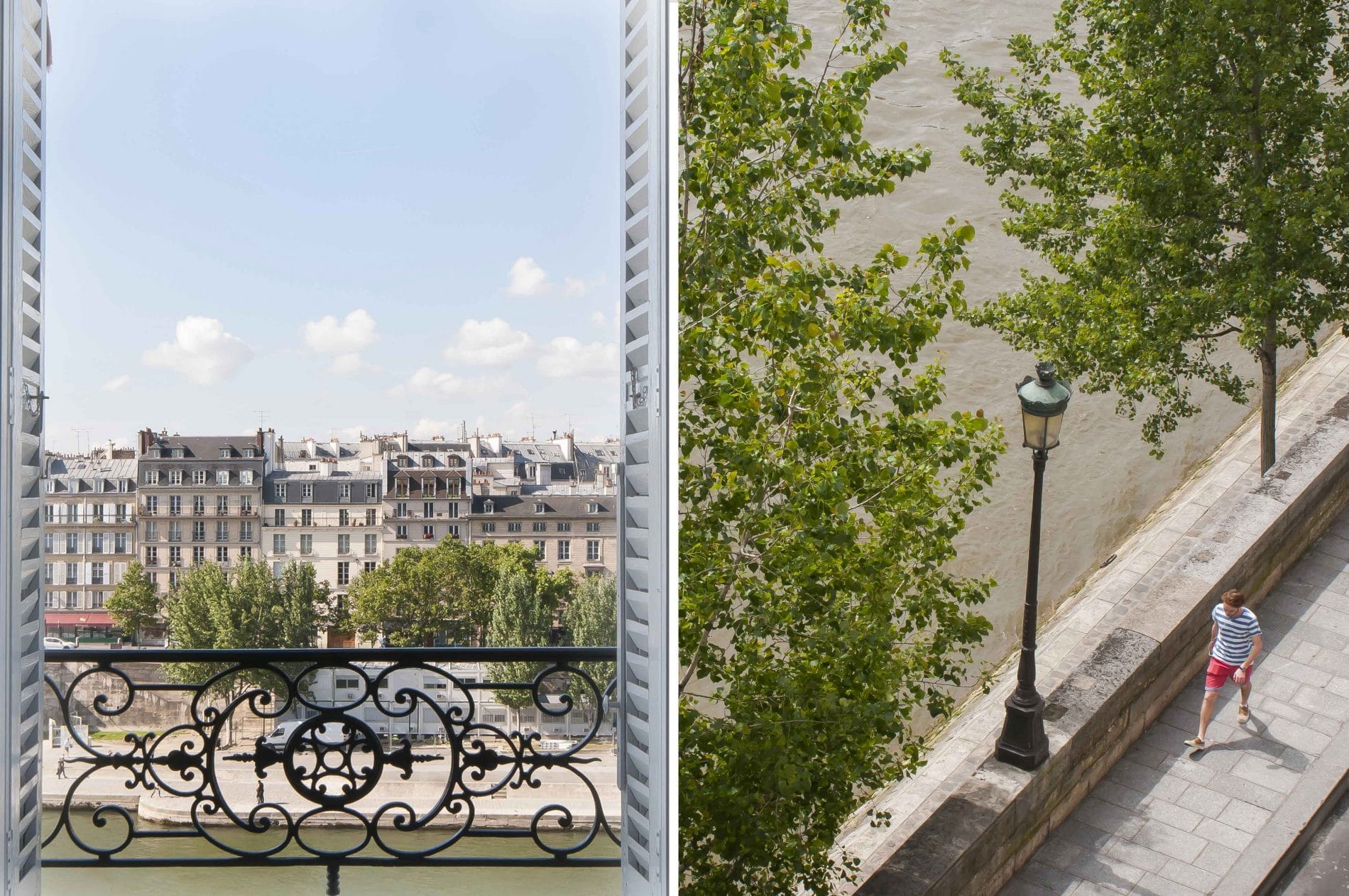 On the quays of Paris

For the tourist or the average Parisian onlooker, a walk along the quays of the Seine is something not to be missed. We all know the dreamlike scene in “Everyone Says I Love You” in which Goldie Hawn and Woody Allen dance, floating on air, on the Quai de la Tournelle. One forgets that for centuries the banks of the Seine were a miry area, and difficult to access. There, land slipped into water, as with any river, and mudslides were a frequent occurrence.

Philip the Handsome was the first to decide to shore it all up, at the dawn of the 14th century, asking the Provost-Marshal (forerunner of the Mayor of Paris) to build a quay on the left bank to the height of the current quays of Conti and Grands Augustins.

Over the course of history, the name of the quays has often changed, sometimes in a strange way. The origin of the Quai “Malaquais” dates back to the time of Queen Margot. The first wife of Henri IV had bought the lands of Petit Prés au Clercs in a more or less honest fashion. It was said that they were “mal acquis” meaning she had ill acquired them…

On the Ile de la Cité and under the Palais de Justice, the Quai de l’horloge was for a long time called the Quai “des morfondus” (of the mopers)… because it was where people “moped about” before the courts were in session. It then took on the name “quai aux lunettes” because it was the place where opticians did business.

More generally, it was at the beginning of the 20th Century that the banks of the Seine took on their current form. In the 20s and 30s, the banks were raised, the last remaining locks were removed (such as the Monnaie lock, in operation from 1838 between the Pointe du Vert Galant and the Hôtel des Monnaies) and the Concodre, Tournelle, and Iéna bridges widened… To get an idea of life on the Seine at the beginning of the 30s, take a look at Jean Renoir’s brilliant film “Boudu Saved from Drowning”. It depicts gravel pits on the quays of the Louvre as well as a swim class under the Pont des Arts. Swimming in the Seine seems unimaginable today:  everything has its moment!