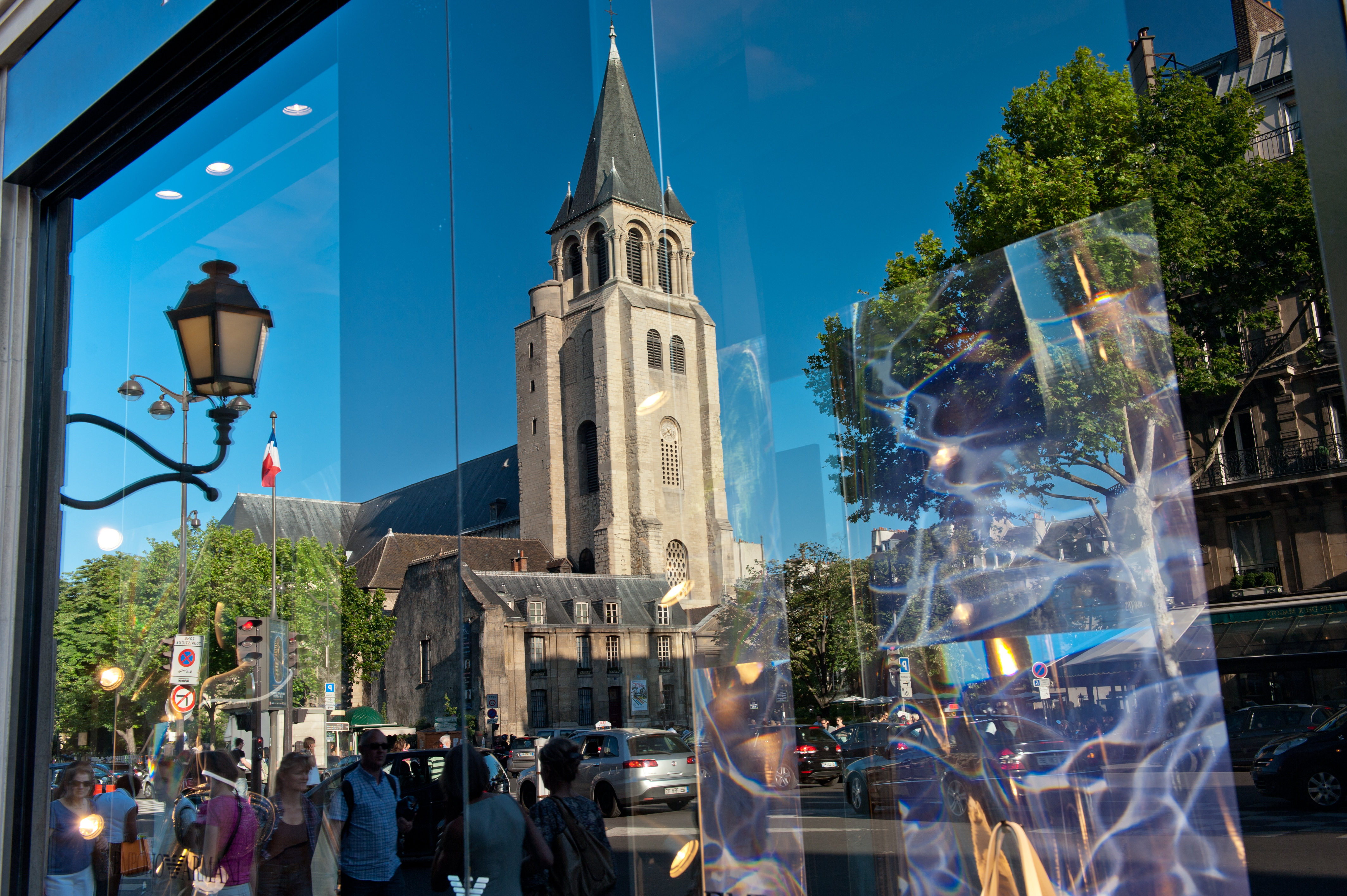 Paris, elder daughter of the church

Initially rich with an abundance of pagan temples, Paris welcomed its first churches in the 4th Century. But it was the arrival of the Merovingians that marked the start of the epidemic. From 500, with conversions all the rage, Clovis covered Paris in religious establishments. Here’s one at the summit of the mountain of Sainte Geneviève dedicated to Peter and Paul. Here’s St Marcel, Saint Julian the Poor. Here’s the basilica of Sainte Geneviève, destroyed at the beginning of the 19th century, but whose tower remains, as part of Lycée Henri IV.

Here in particular, is the basilica Ste Croix-St Vincent that would become St Germain des Prés. Its nave is the only Roman relic in Paris, which makes this the oldest church in the city. Its history goes as follows:  in 542, Childebert, Clovis’ son, came back from Zaragoza with Saint Vincent’s tunic. On the advice of the bishop Germain, he decided to build a church and a monastery on the banks of the Seine, facing the Cité. The relics quickly became a place of pilgrimage. The Basilica of Ste-Croix–Saint-Vincent was soon renamed Saint-Germain-des-Prés to avoid confusion with St Germain l’auxerrois and St Germain le vieux.

In this way, Paris became a leading light of Christianity. During the 6th century, it hosted no less than six religious assemblies. The church was rich and powerful here. In the Middle Ages, it comprised not only the island of la Cité but also the two river banks. Nevertheless, it wasn’t until 1622 that the city became an archbishopric, until then it was indentured to Sens. In the 17th century, the Paris’ 16 neighbourhoods were divided according to its churches. At the dawn of the Revolution, there were 160 churches and chapels, 11 abbeys, and 123 convents. The majority of these owned their own lands and a cemetery. Thus the enraged masses were spoilt for choice when it came to venting their anti-clerical hostility, something that becomes clear when one considers that, of the 130 churches and chapels that exist in Paris today, only 57 date from before 1789.

Thus, close to 250 religious establishments disappeared off the map, erased by history. Paradoxically, the church remains one of the capital’s biggest freeholders. If the 75 churches built after 1924 belong to the city of Paris, the papists still own over 800 000 square metres of land, that’s the size of the Vatican two times over!