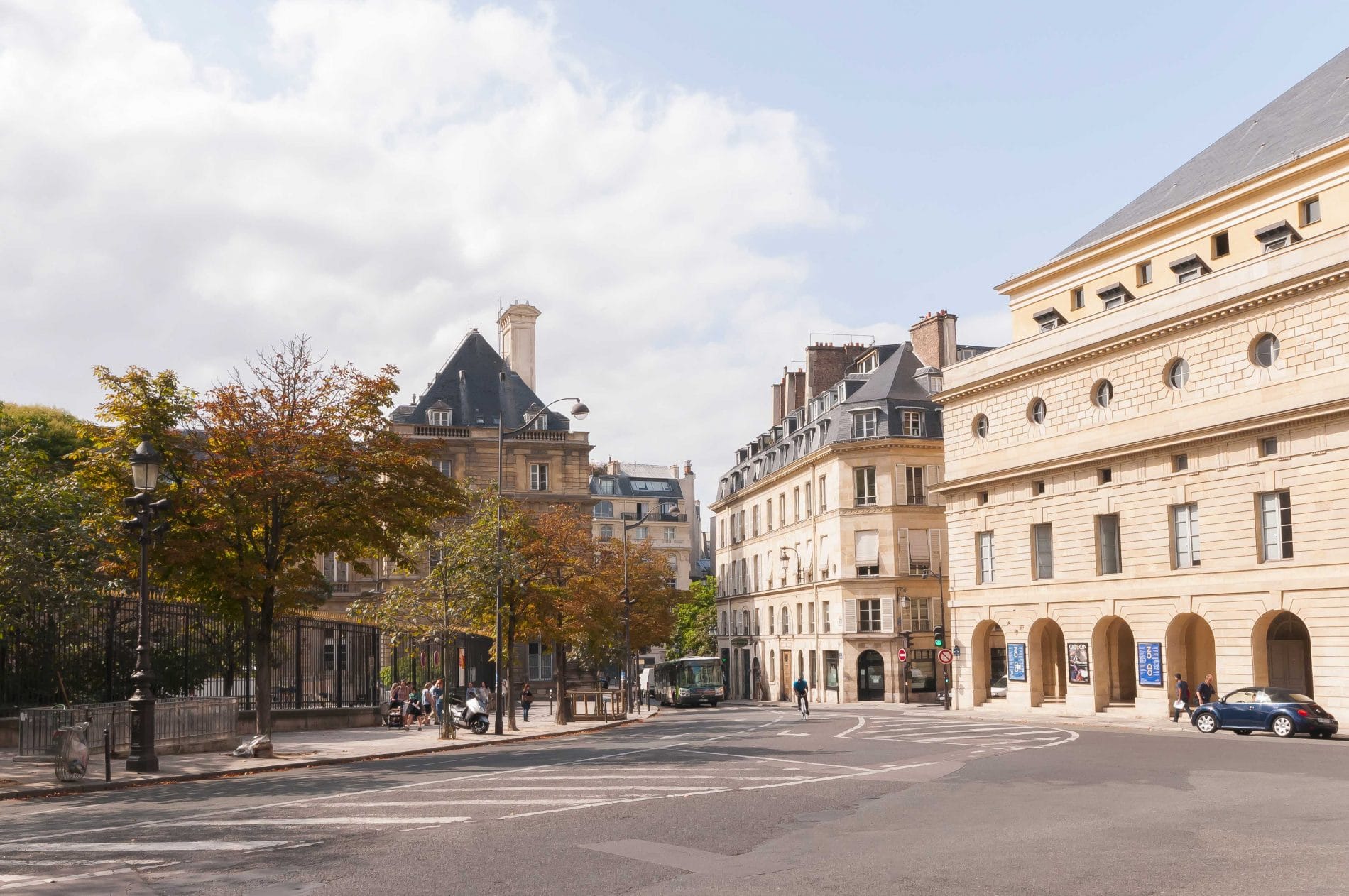 A Short Story about Buses

9Buses first appeared in Paris in the 1830s, under the auspices of Louis-Philippe. The names of the first bus companies are charming: the Swallows, the Gazelles, the Darlings, the United Ladies, the Béarnaises, the Constantines, the Tricycles, the Parisians. At the time, they were still trollies pulled by horses. The first to experiment with a steam vehicle was one Charles Diez: in 1834, he linked Paris to Versailles in an hour and a quarter.

In 1853 the first double-decker bus appeared. Pulled by two or three horses, these coaches operated on the Madeleine-Bastille route and could accommodate up to 40 people. Perhaps you’ve already noticed the difference between the pavement and the road at the Porte Saint-Denis end of rue de la Lune? It’s precisely so that the horses didn’t have to struggle that they flattened a hill that was too steep.

1853 also saw the appearance of the first tramways, serious competition for the buses. These urban trains, then referred to as “American railways”, went automatic in 1875 and electric in 1892. At the time, Paris counted around 70 tramlines, but their technical development would be stifled by the explosion onto the scene of the car. Drivers eventually complained about the room taken up by the rails in the middle of the road. Thus, in 1929, the bus made a comeback, and in 1937, replaced the tram indefinitely.

Although eclipsed by the tram, buses never ceased to exist. Between 1887 and 1913, horse-drawn buses were slowly phased out. Paris’ first petrol powered buses appeared on 11 June 1906, on the Montparnasse-Saint Germain des Prés route. Imagine those hot rods: going up and down the rue de Rennes at 19km an hour!

In 1912, there were already 43 bus routes and 1000 buses that wound their way through the capital. Always on the move, advertisers spotted an opportunity to ply their trade. And so, the first ads arrived, celebrating Galeries Lafayette. The indignities the buses suffered were less glorious: in 1911, a bus plunged off the pont de l’Archevéché into the Seine. The result: 11 dead.

For buses, the high-point has to have been the end of the 40’s. In 1948, there were some 900 million passengers a year. Then, it was the end of the affair. The increase in traffic and the blustering of the Paris Mayor’s Office rendered travelling by bus more and more difficult. The bus counts for only 10% of journeys in Paris, with an average speed of 10 miles an hour… But for those that like to take their time…