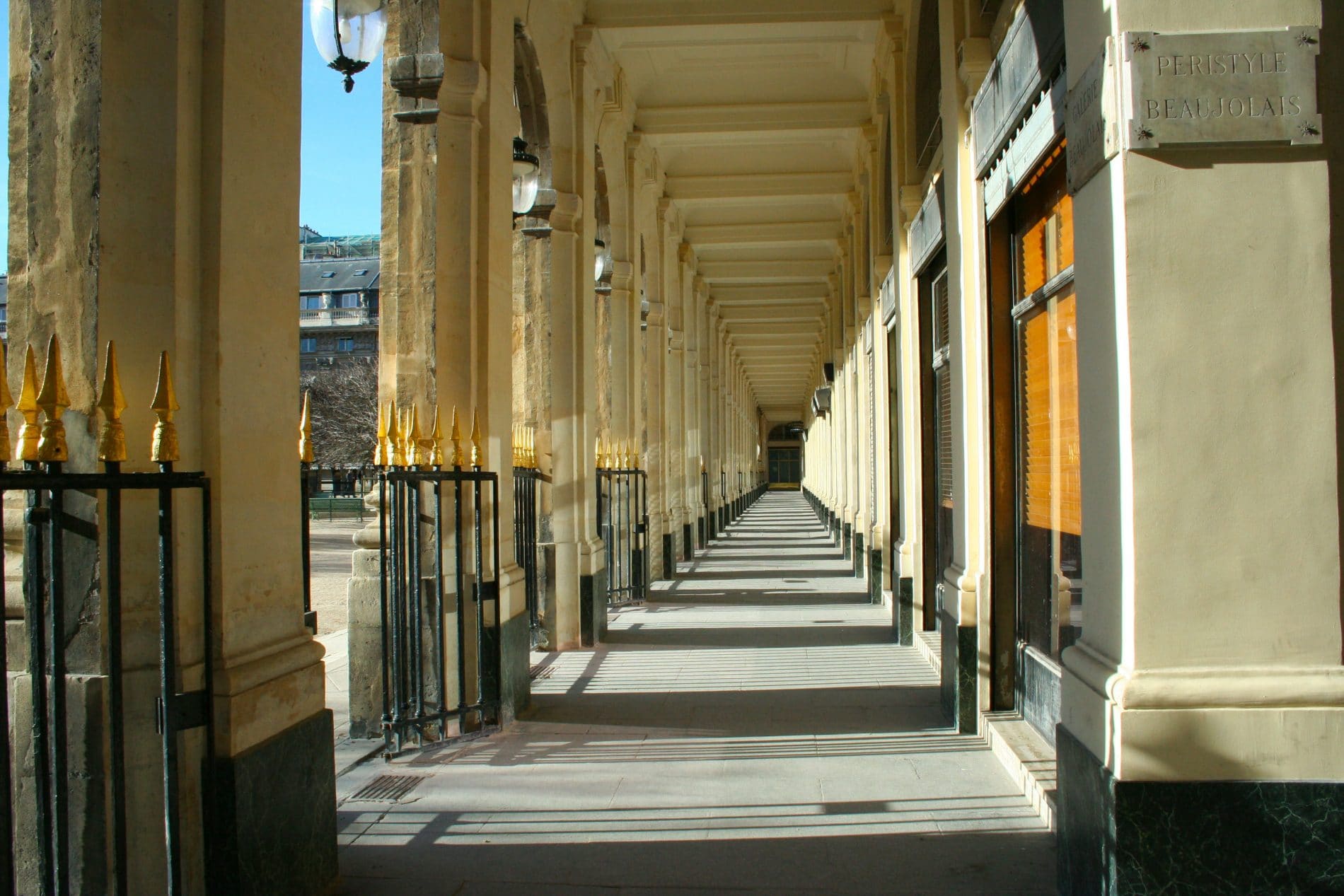 Palais Royal is Paris’ secret garden – a garden they like so much they don’t really want to share it! A garden you only discover when you are actually in it. An enchanted world. If you live here you become part of a fellowship – over the last three centuries this hidden park has lost none of its magic…

The Palais Royal was the first French “shopping centre” created by the Duc d’Orléans on the land occupied by the former Palais Cardinal. For decades, its galleries were full of boutiques, life, and a delightfully clandestine atmosphere. The first great chefs opened their restaurants there also making it the birthplace of French gastronomy.

Today, the follies of the Palais Royal may be more discreet, but its magic is intact. Although separated by the epitome of the Haussmann style – avenue de L’Opéra – the whole district still has an enduring charm. The poetical passage Saint Roch and its beautiful church. The elegance of the Molière fountain – a reminder that the dramatist lived here. The much-criticized Buren columns are now, to the delight of tourists and children on scooters, an integral part of the urban fabric. And then there is Palais Royal, still and forever magical whatever the season – a mirror of eternal Paris.

It would be difficult to imagine a more French and international neighbourhood. You can see a great classic at the Comédie Française and then dine in the delicious Japanese restaurants that abound in rue Sainte Anne. Everything is the embodiment of finesse: immerse yourself in Didier Ludot’s vintage couture dresses, before buying music boxes at Anna Joliet’s. Enjoy Guy Martin’s foie gras ravioli in Grand Véfour, before ambling around the Louvre des Antiquaires. In this Paris microcosm, happiness is to be found on every street corner.

Every Wednesday, at exactly noon, go right into the centre of the Palais Royal gardens to hear the little canon fired – it has been telling the right time ever since 1786!