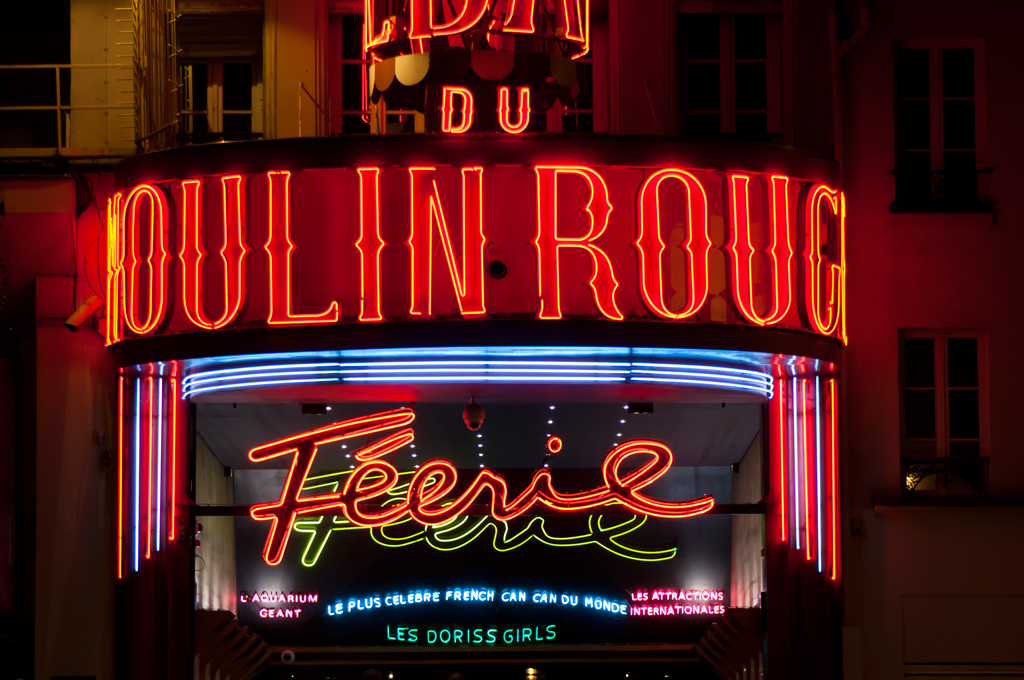 Paris has always been a sensual city. Easy women have forever haunted its streets, years before kerbs existed to be crawled by their clientele. Saint Louis threw them off the island, houses of ill repute were closed down, attempts were made to have them wear different attire, nothing has worked.

Since the dawn of time, rue Saint Denis has been the hot bed of these ladies of the night. Saint-Louis rehoused them there, away from religious institutions. Bordered by the current streets of Greneta, St Denis, aux Ours, and Saint Martin, this neighbourhood was called Huleu. As soon as the women were discovered outside the perimeter, they were paraded astride a donkey, facing backwards before a baying public.

On 18 September 1367, fixed locations were given to these “houses” with a ban on any change. Alas, the Renaissance heralded the first closures, prompting a resurgence in underground hook ups and the infections that go with them. Henri IV allowed them to reopen, ushering in a golden age that lasted until 1946.

The number of prostitutes grew, with 50,000 (recorded) in the mid-19th century. And that’s not counting the “kept” women that proliferated under the July Monarchy. Incidentally, this class had its hierarchy: the “lionesses” were the official courtesans, such as Pavia; the “warblers” were the most lowly (being labourers by day and hawkers of pleasure by night). In between the two were the celebrated “lorettes”, so-called because of their origins in the new neighbourhood of Saint Georges, and it’s church of Notre-Dame-de-Lorette from whence their name. They didn’t divide themselves between several professions, but several lovers throughout the course of the week. The nickname “Lorette” was coined by Paul Gavarni, a well-known Montmartre libertarian of the Restoration era who kept a list of all his conquests. Ruined, he spent his dying days amongst the “girls” of the neighbourhood of St Georges.

Bit by bit, this quarter, dubbed “New Athens”, and the whole of Pigalle became the capital’s red-light district. Since the mid-19th century, prostitutes colonised the buildings that were divided up so fast that the neighbourhood had a tough time finding “suitable” tenants. So much so that the landlords had to make do with the “doe”…