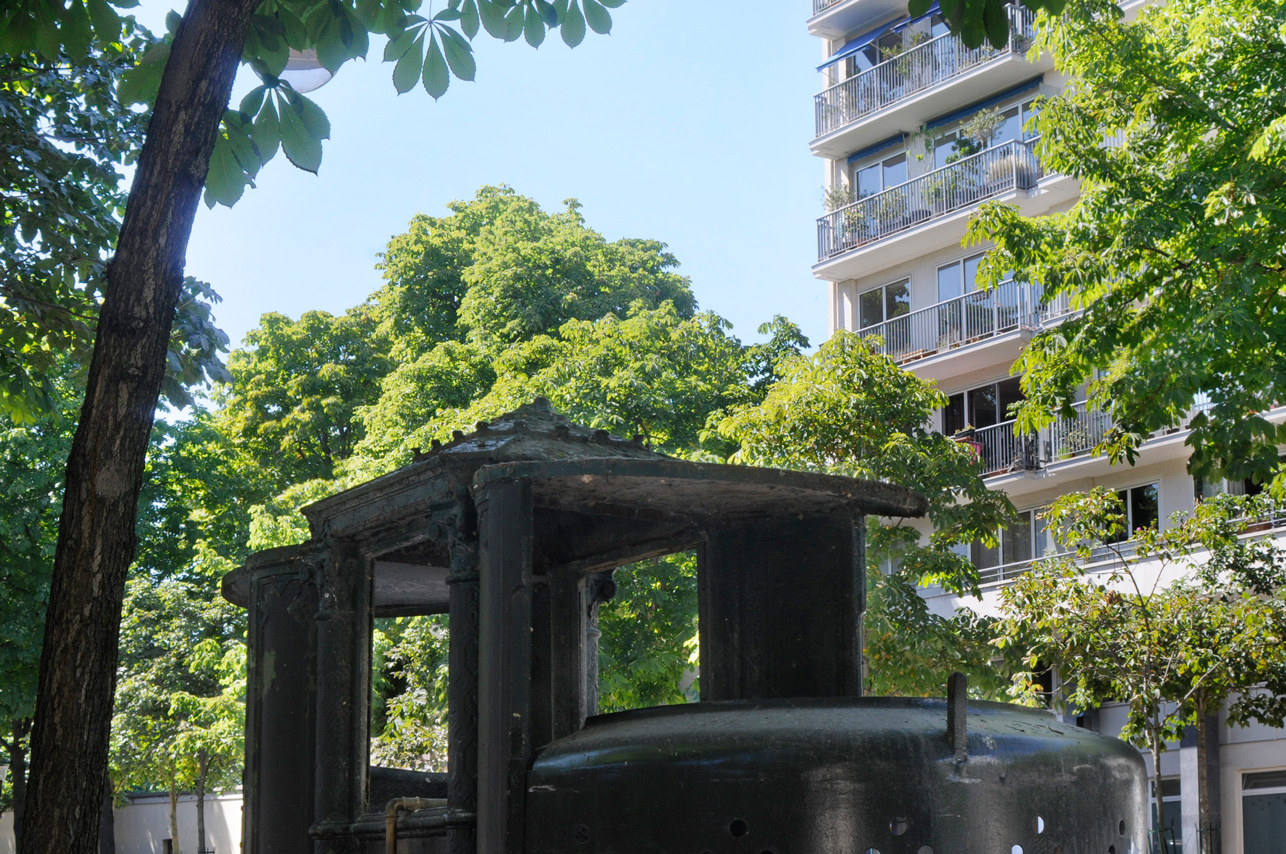 A short history of public toilets

Until the 18th century, Paris was one big open cesspit. No one took offense, habituated as they were to the characteristic smell of a city that was no more than a ready-made stench. In 1771, the police installed barrels on select street corners so that people could relieve themselves. However, it was at Palais Royal that the most sumptuous toilets were to be found, for a pretty price. Parisians would have to wait until the July Monarchy before the city bestowed them with free urinals, in those tiny huts that have become so famous, and whose “facades” were Morris columns. The prefect Rambuteau had them installed all over Paris, and soon verging on 500 Vespasians were the pride of the Boulevards. These sanitary establishments quickly became insalubrious places. Male and female prostitutes often wandered in.

The Third Republic built them all over (and didn’t forget the ladies, for whom it fashioned veritable chalets). The decadence of these oases ushered in a more hygienic age. By the middle of the 20th century more and more Paris apartments had private toilets (even if they were still on the landing). And with that urinals became more and more seedy, and less and less comfortable. Remnants of a bygone era, public lavatories fell to ruin and disappeared one after the other. Only one remains, on boulevard Arago, before the wall of La Santé prison!

Today, we have practically gone full circle. Left with those strange pale coin-operated Sanisettes that are like futuristic cells and usually out of order, it is once again difficult to spend a penny downtown. Some things never change.